On the issue of reservation in J&K, Farooq Abdullah said, 'Reservation is good, but it should not affect the reservation for other people.' 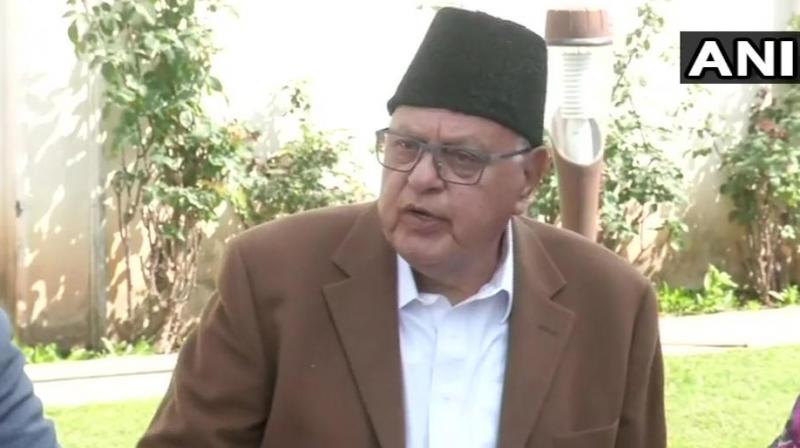 When asked on Prime Minister Narendra Modi's comments about terrorism and isolating Pakistan at the G20 summit in Osaka, Farooq Abdullah said, 'This is not new, he always talks of terrorism.' (Photo: File)

When asked on Prime Minister Narendra Modi's comments about terrorism and isolating Pakistan at the G20 summit in Osaka, Abdullah said, "This is not new, he always talks of terrorism. Trump has taught us a good lesson (Trump ne bhi humein acha sabak sikhaya hai). Trump has asked India to reduce tariffs. Both leaders should talk on tariffs so that our relations with the US remain good. The US should also stay away from conflict."

On the issue of reservation in Jammu and Kashmir, Farooq Abdullah said, "Reservation is good, we are not against it. But it should not affect the reservation for other people. It is good that people living on the international border will be given reservation."

Commenting on the role of Iran in India-US relations, he said, "Iran is not a weak country, they have fought Saddam Hussein for 8 years. Iran is not foolish like Saddam that it finishes their missile. Iran has a lot of friends including India.

On Amit Shah's visit to Jammu and Kashmir, the National Conference chief said, "It is good that he visited the state as he is the Home Minister. He did not speak to us regarding that as his full attention was on reviewing the security in the ahead of the Amarnath Yatra."