India   All India  28 Jun 2020  Chinese army reluctant to back down from finger 4 at Pangong Tso, say sources
India, All India

Chinese army reluctant to back down from finger 4 at Pangong Tso, say sources

The Chinese army has, in the last few years, prevented Indian patrols to move freely between finger 4 and 8 on the banks of the lake. 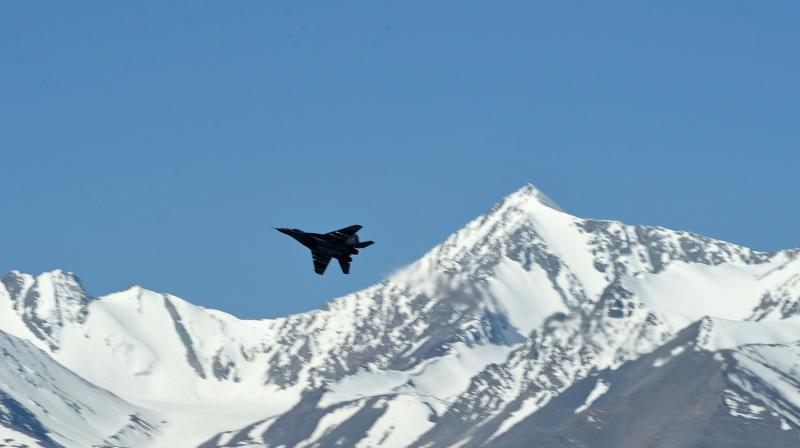 New Delhi: While the Indian military is prepared to counter China’s attempt to change status quo at Pangong Tso, the Chinese army has, in the last few years, prevented Indian patrols to move freely between finger 4 and 8 on the banks of the lake. Accoring to sources, this point was raised by the Chinese during Corps Commander meeting on June 22, indicating their reluctance to back down from finger 4 in Pangong Tso.

“Whenever our troops used to reach the finger 4 area, the Chinese could observe them from their positions. Soon their troops used to come on vehicles from Sirijap post and used to waive flags at our soldiers asking them to go back, claiming that we were in their area,” said sources.

According to sources, during the Corps Commanders meeting, the Chinese army had pointed out that finger 4 to 8 area was under them and Indian patrols would not be allowed to move beyond finger 4. However, India objected to the attempts to alter the LAC through build-up of troops and construction of bunkers and posts at finger 4.

Among all the incursions by the Chinese army, Pangong Tso is where PLA troops have done maximum build up and strengthened their position on ground.

Last year, to checkmate the Chinese soldiers, an Indian patrol party is reported to have climbed the peaks from finger 4 and came down to finger 8, much to the surprise of the PLA as it had never anticipated such a move. Indian Army is considered as one of the best armies in the world for mountain warfare. However, this year the Chinese have established their posts even on the peaks at finger 4 area.

A fist fight between Indian and Chinese soldiers had taken place between finger 4 and 5 area on May 5 and since then the stand-off has continued.