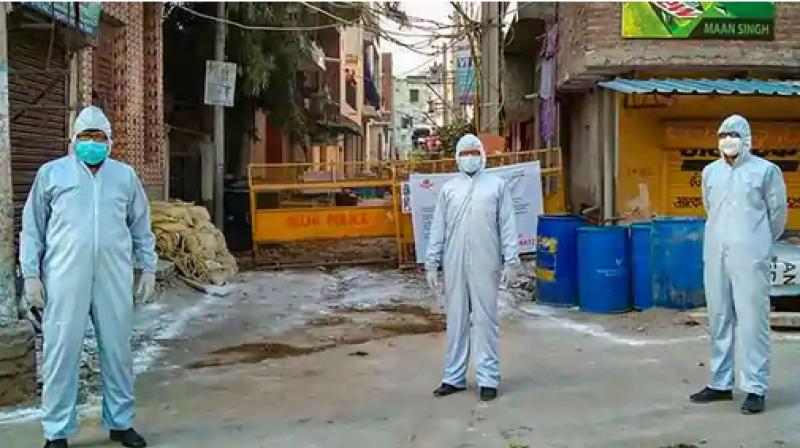 The number of COVID-19 containment zones in Delhi has risen to 417. (PTI Photo)

New Delhi: The number of COVID-19 containment zones in Delhi has risen to 417 after re-mapping of such areas, while around 2.45 lakh people have been screened in a mammoth exercise to check the spread of COVID-19 in the national capital, officials said on Sunday.

They said the count of containment zones is expected to jump further as the authorities in some districts were yet to complete the task of redrawing such areas following the Centre's directions.

Before the re-mapping exercise, the number of containment zones was 280 in the city, an official said.

"We have screened around two lakh people for COVID-19 in house-to-house survey being conducted across the city. Also, 45,000 people have been screened in COVID-19 containment zones," the official told PTI.

The process of screening every household has to be completed by July 6.

As per the COVID-19 response plan issued by the Delhi government, the re-mapping of the containment zones is to be completed by June 30.

Under new rules, the authorities have to delineate containment zones on a micro-level instead of big ones.

At least 1,100 teams comprising two members each have been formed to screen the national capital's population for COVID-19 infection.

The teams are armed with a mobile application -- SS Corona -- which will send real-time details to a dedicated web portal set up by the government.

Apart from basic details like name, age, address and contact number, the teams are feeding the mobile application with information such as every individual's travel history, whether or not they use the Centre's Aarogya Setu app and if they have symptoms of influenza.

The same mobile application is being used in carrying out screening in the COVID-19 containment zones in the national capital, officials had earlier said.