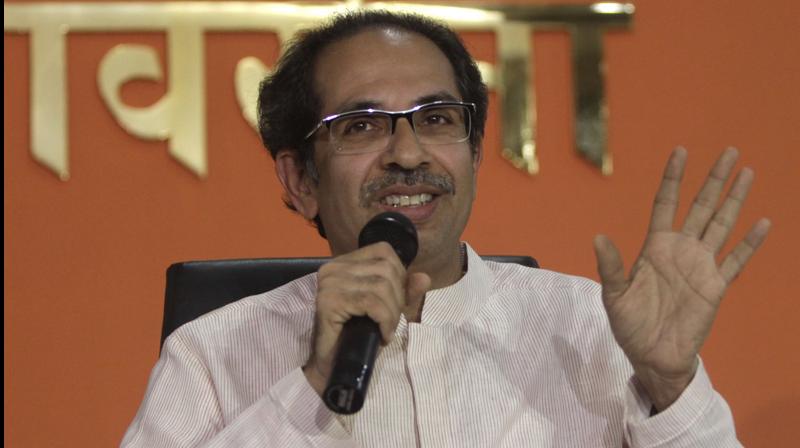 Mumbai: The Shiv Sena on Saturday came to the defence of the Congress over the issue of charges about Rajiv Gandhi Foundation (RGF) accepting donations from the Chinese embassy. Not just Congress, but many political parties and leaders in the country are the beneficiaries of the foreign countries. There is nothing new in it, said the Uddhav Thackeray-led party.

“The BJP speaking about this is like throwing stones in the mud and getting spoilt by it. Hamam me sab nange hain (All are the same from inside). The BJP can fight with the Congress any time later. But now is the time to fight against China. It should speak on that,” said the Sena in an editorial in party mouthpiece ‘Saamana’.

The BJP has targeted the Congress and the Gandhi family by alleging that the RGF had accepted donations from the Chinese embassy. However, the Congress has hit back saying that the RGF issue raised by the BJP government was a ‘manufactured charge’ to divert attention from the border crisis with China.

Commenting on the issue, the Sena alleged that those who are raising questions about China’s intrusion are being labelled as Chinese agents by the BJP. “Congress president Sonia Gandhi and Rahul Gandhi asked queries to Prime Minister Narendra Modi on the issue. Instead of responding to them, the BJP leaders accused the Congress of receiving funds from China,” said the party.

“What do you mean by Congress gets money from China? Will BJP’s revelations about the donations stop the Chinese activities along the border? The BJP should tell what connection do these donations have with the Chinese incursion and the martyrdom of 20 soldiers,” it added.

There is nothing new in China’s policy to engage India in talks at one end and keep war-like situation at the border on the other end. In such circumstances, the entire country stands firmly with PM Modi. This crisis is not for the BJP or the Congress, but for the entire country, whose prestige is at stake, said the Sena