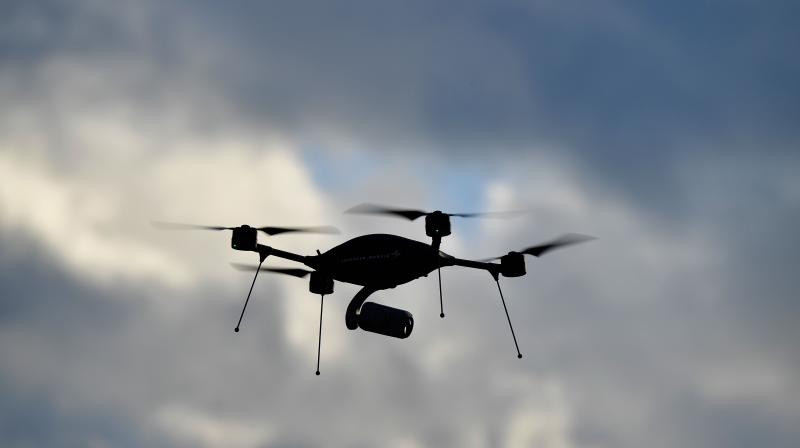 In recent months terrorists from Pakistan have been increasingly using drones to drop weapons and drugs across the international border in Jammu and Punjab. (Representational Photo:AFP)

New Delhi: The first-ever drone attacks on Indian soil will have huge implication as security provided to all military bases and high-security installations in the country will have to reviewed to prevent similar strikes by terrorists.

Jammu and Kashmir Director General of Police Dilbag Singh termed the blasts on the Air Force Station at Jammu a terror attack.

In recent months terrorists from Pakistan have been increasingly using drones to drop weapons and drugs across the international border in Jammu and Punjab.

Drones have emerged as a new security threat across the world and analysts had long feared it could be used by terrorists to launch attacks in India too. It is a matter of concern that despite a drone attack being a known threat, ample security measures did not appear to have been put in place and a drone could drop explosives at a high-security establishment like the Air Force Station at  Jammu.

Islamic State and Iran-based militias have been using drones to carry out attacks in Iraq.

In 2019, drone attacks claimed by Yemen’s Houthi rebels had hit two key oil installations inside Saudi Arabia that had damaged facilities that processed a vast majority of the country’s crude output.

In a war situation, Azerbaijan effectively drones used to defeat Armenia in the recent conflict between the two countries. Azerbaijan used the armed drones bought from Israel and Turkey to hit Armenia military assets to devastating effect, which crippled its air defence system, tanks, artillery guns and its armed forces.