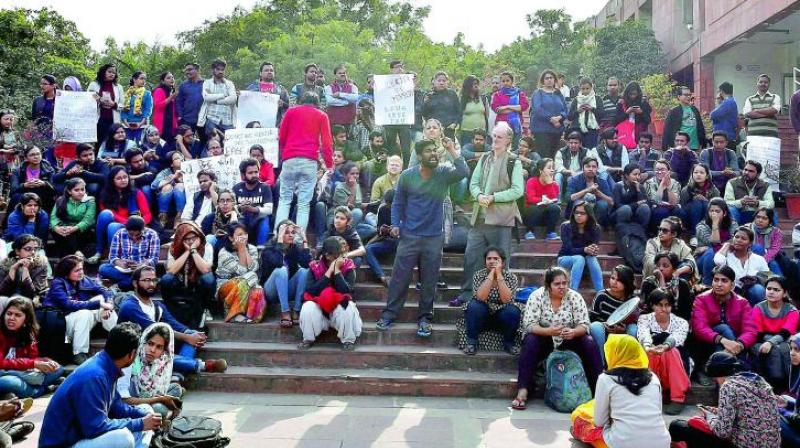 Party wants to tap into young people from civil society who are not already engaged with the political process. (Representational image)

New Delhi: Student unions have always been the traditional route to infuse a party with some young blood. The Congress, however, has added a slight twist in its new plan. The party has kicked off a special series called ‘Going 4-D’ from the national capital focusing on youth from schools and colleges that do not have students unions on their campuses. The party plans to hold these special programmes discussing local issues across all other states to tap into young people from civil society who are not already engaged with the political process. The next event would be held in Varanasi in Uttar Pradesh.

“Forums like these would help create a holistic, strategic, and issue-based roadmap for the Congress Party for the near future through discussions,” Prof Rajiv Gowda, head of the research cell said.

The event held at the capital focused on important issues that are affecting the city of Delhi, which included the topic of crimes against women and ended with a lecture on statehood for Delhi.

Addressing the gathering, Delhi Pradesh Congress Committee chief Ajay Maken emphasised how the demand for statehood for Delhi was not feasible. He pointed out that Delhi would lose the status of capital if it were to be granted full statehood. It would result in a situation where the state government would be given complete power over the city and could bring about scenarios where the Central Government can be held hostage when it comes to its functioning within the city.

General secretary of the research cell Ranajit Mukherjee said: “It is such local issues that we would be focusing on in the programmes held in each state”. Apart from building a mass connect with the youth before the 2019 general elections, all the inputs from the discussions would also be used for preparing the manifesto for the polls, he added.