Israeli journalist Amichai Stein on Sunday shared the image of the banner attached to the building exterior. 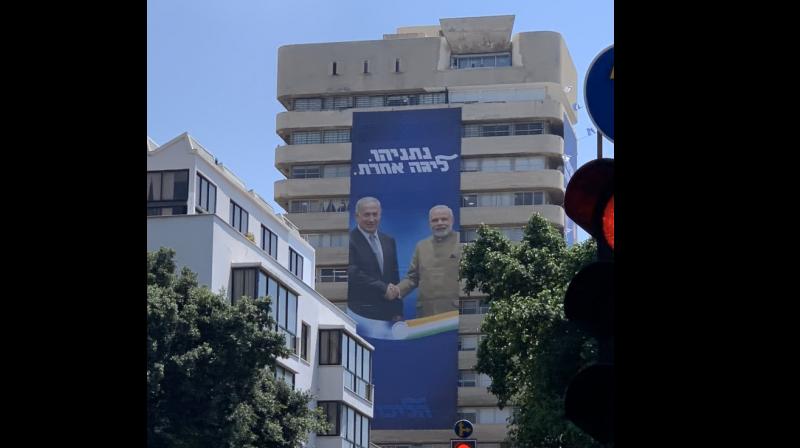 New Delhi: An election advertisement banner, featuring the image of Prime Minister Narendra Modi standing with his Israeli counterpart Benjamin Netanyahu, has been spotted in Israel.

Israeli journalist Amichai Stein on Sunday shared the image of the banner attached to the building exterior. Similar banners featuring US President Donald Trump and Russian President Vladimir Putin were also spotted on the same building.

Israel is due to hold snap elections on September 17, and the banners appear to demonstrate incumbent the Prime Minister's efforts to strengthen the country's ties with the world leaders.

It may be noted that Netanyahu, who is the longest-serving PM in the country's history, faces a tough re-election bid this time.

India and Israel share an extensive economic, military and strategic relationship that has strengthened in recent years.

Netanyahu was the first world leader to congratulate Modi for scripting an "impressive victory" in the 2019 General Elections and had vowed to strengthen their "great friendship" as well as bilateral ties with India.