BMC official said salary disbursal got delayed due to roster verification process, but assured the nurses will be paid their wages soon 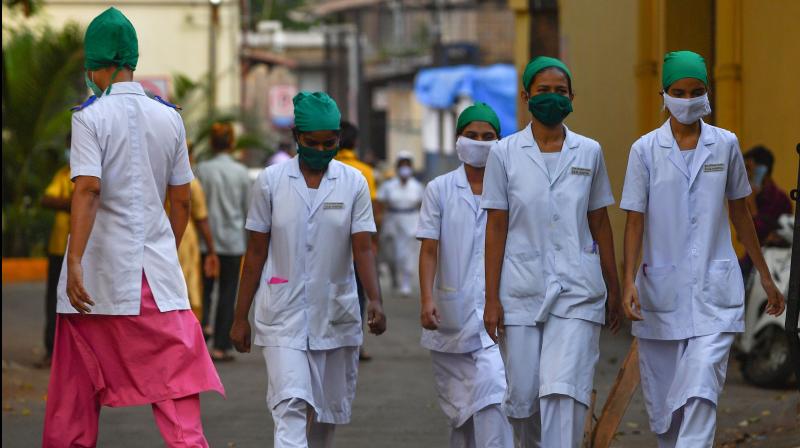 Mumbai: The richest civic body in the country, the Brihanmumbai Municipal Corporation (BMC) has not paid salary and special daily allowance to 209 newly-hired nurses, who have contributed immensely to the city’s fight against the coronavirus.

The Municipal Mazdoor Union (MMU) said the BMC hired these nurses under a special recruitment drive in April-May after the coronavirus outbreak in the city. However, the BMC has neither paid them salary nor `300 per day special allowance promised to them, since the past three months.

In a letter written to municipal commissioner Iqbal Singh Chahal on July 25, MMU demanded that these 209 newly- hired nurses be paid salary and allowances immediately. The union also asked the civic administration to consider their appointments on vacant posts at BMC-run hospitals from the date they joined duty.

Pradeep Narkar, secretary, MMU, said that all these nurses were trained at the BMC’s nursing college and they were asked to join immediately in April-May when coronavirus cases had started rising sharply. “Most of them were working in private hospitals and they quit their jobs to join the BMC which required their services urgently. But now they are deprived of salary and allowances, making survival difficult for them,” he said.

One of the nurses, who did not wish to be identified, said, "I joined the BMC's duty in the first week of May. Since then I am working at a jumbo Covid-19 facility and staying in a hotel where the BMC has arranged food and accommodation, but I haven't received a salary or `300 per day special allowance.”

When contacted, a BMC health department official said salary disbursal got delayed due to the ongoing roster (appointment) verification process, but assured the nurses will be paid their wages soon. Dr Varsha Puri, an official in the BMC Health department, said, “The file (related to salary) has been already sent to another department (personnel). Once the file is cleared, we will process it within a day and inform establishments (where nurses are to be posted) from where salary disbursal will start.”