On July 23, IAF carried out flood relief operations on the Ratnagiri districts of Maharastra 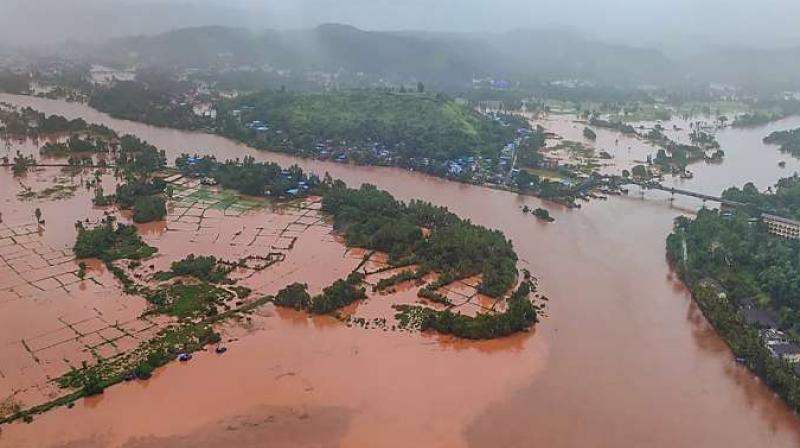 43 roads have been submerged and a bridge on the Vashisthi river was damaged at Chiplun due to heavy floods. (PTI Photo)

Mumbai: The death toll in Maharashtra has climbed to 209 and eight people are still missing due to heavy rains and floods in the state, reported the data of the State Disaster Management Unit on Wednesday.

According to the information of the management unit, 43 roads have been submerged and a bridge on the Vashisthi river was damaged at Chiplun due to heavy floods. However, 4,34,185 people have been evacuated from the flood-affected areas.

The state management unit said that 308 relief camps are based at Sanghli and Kolhapur for rescue operations in the flood-affected area. Air Force and Indian Army have been deployed at Kolhapur and Ratnagiri National Disaster Response Force.

Earlier, on July 23, IAF carried out flood relief operations on the Ratnagiri districts of Maharastra.

The IAF has positioned two Mi-17V5s and two Mi-17s for flood relief operations.

On July 22, Chief Minister Uddhav Thackrey held an emergency meeting to take stock of the flood situation that has occurred in the Ratnagiri and Raigad districts of the state due to torrential rains.