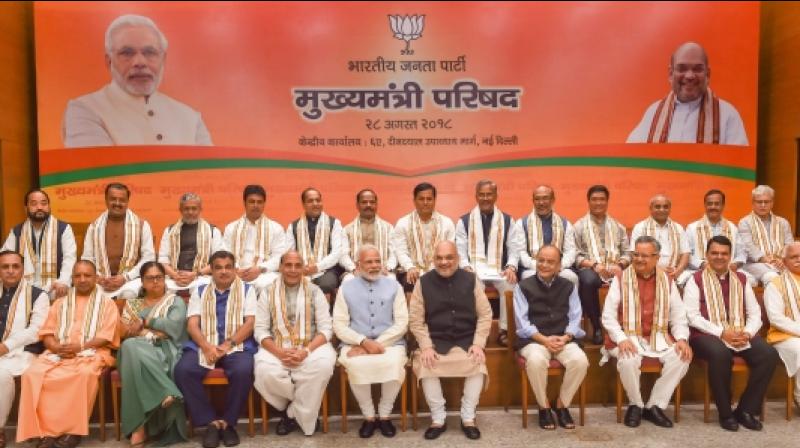 New Delhi: BJP president Amit Shah on Tuesday inaugurated a day-long meeting of the party's chief ministers in which it was decided to meet targets of the 'Swachh Bharat' scheme in a time-bound manner.

The ongoing 'Gram Swaraj' project in over 48,000 villages was also discussed in the meeting.

Party sources said the meeting also passed a condolence message commemorating former prime minister Atal Bihari Vajpayee as a leader who brought to fruition the concept of good governance and in whose death the country lost a visionary.

Sources said it was decided in the meeting that the targets set for the 'Swachh Bharat' (Clean India) project should be met within a specified period.

Leaders also took stock of the implementation of seven central welfare schemes, including distribution of cooking gas connection and LED bulbs among the poor and also their coverage under insurance schemes, in over 48000 villages.

The meeting has assumed significance due to the upcoming assembly polls in three BJP-ruled states and the Lok Sabha elections, which are less than eight months away.