This behavioural change has almost put an end to outbreak of cholera and diarrhoea,” says Mr Rao. 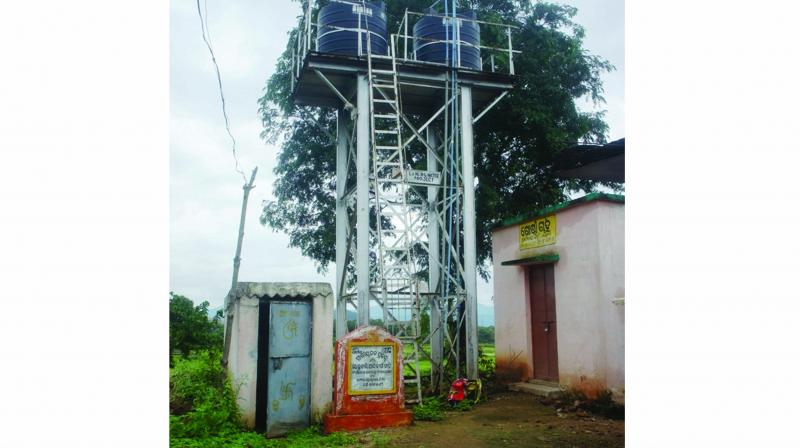 A water tank in Kolnara

Rayagada: During the rainy season not so long ago, many villages under Kolnara in Odisha’s Rayagada district reported diarrhoea and cholera, two major water-borne diseases that claimed several lives. Children were orphaned and elderly couple faced untold miseries after losing their sons and daughters to the diseases.

Things have changed now in the region because of the coordinated efforts by the state government agencies and Indian Metal and Ferro Alloys (IMFA) company.

Working hand in hand, they have brought significant changes in the behavioural pattern of local people and raised infrastructure ensuring safe drinking water. Their intervention has resulted in achieving zero mortality in the rainy season.

The local people who used to draw water from sources such as contaminated rivers, streams and ponds have shifted to water from overhead tanks and piped water sources. This apart, awareness drives on sanitation, health and hygiene have also contributed to the improvement in health standards of people, mostly belonging to scheduled caste and scheduled tribe communities.

“In the past, many of our brothers and sisters perished when they consumed water from contaminated sources. Volunteers of Odisha government and IMFA paid regular visits to our area and convinced us to drink water from uncontaminated sources. They even built overhead piped water systems and dug tube wells that fully addressed our drinking water needs,” says Pana Hikaka of Deopur village.

K. Venkateswar Rao, senior general manager of IMFA, Rayagada, says the road to achieving the “zero-mortality” rate in rainy season was not an easy task.

“For ages, the local people met their drinking water needs from raw sources. Our team had to adopt systematic and scientific approaches to bring behavioural changes in them so as to accept our intervention to set up piped water facilities. Things have reversed now. Most of the people in Deopur and adjoining villages are now fully dependent on piped water system. This behavioural change has almost put an end to outbreak of cholera and diarrhoea,” says Mr Rao.

Sakti Prasad Panigrahi, a senior executive of IMFA who convinced the locals about maintaining sanitation, appears to be happy after the success of water project.

“People in at least five gram panchayats in Kolnara block have given up consuming water from contaminated sources. Their health index has improved following use of piped water,” says Mr Panigrahi.

“People of these areas have also started abstaining from alcohol. After we constructed concrete structures for their deities and provided them with music instruments, they have started staying back in the village instead of going outside in the evening to consume alcohol. They now spend the time in singing devotional songs. You’ll get a taste of spiritualism in all the villages in the evening,” says a proud Mr Panigrahi.