India   All India  28 Aug 2019  'ED wants to arrest only to humiliate me': Chidambaram to Supreme Court
India, All India

'ED wants to arrest only to humiliate me': Chidambaram to Supreme Court

Chidambaram asked the top court to tell the probe agency to show transcripts of his questioning in the alleged money laundering case. 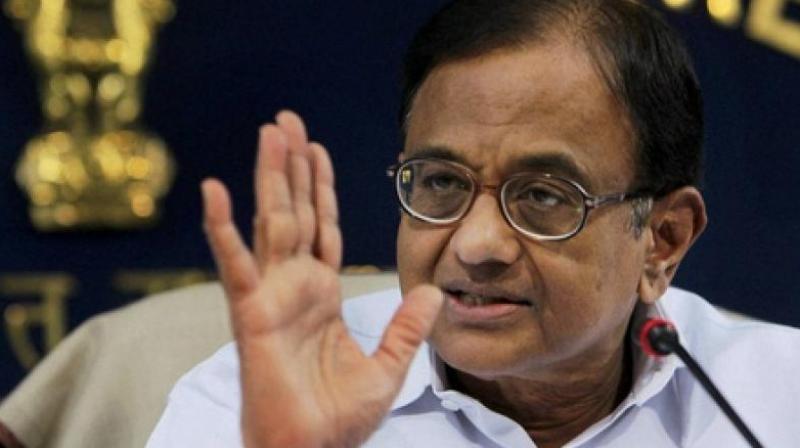 Chidambaram's family alleged that the government's motive was to 'demonise and humiliate' him. (Photo: File)

New Delhi: Former Finance Minister P Chidambaram, who is in CBI custody in the INX Media case, on Tuesday told the Supreme Court that the probe agency wanted his arrest just to "humiliate" him. He asked how he can be called a "kingpin" for an alleged offence with retrospective effect.

As the top court extended till Wednesday the interim protection from arrest granted to Chidambaram on August 23 in the alleged money laundering case filed by the Enforcement Directorate, Chidambaram's family alleged that the government's motive was to "demonise and humiliate" him.

Senior advocate AM Singhvi, appearing for Chidambaram, said the former Union Minister was not evasive during his questioning and has fully cooperated in the probe. "You (Enforcement Directorate) want to arrest me, but for what reason? The answer is - to humiliate me, to humiliate me and to humiliate me, minute by minute and hour by hour," he said, representing his client. He said the probe agency filed the case in 2017, whereas the alleged offences alleged are of the period 2007-2008.

Chidambaram asked the top court to tell the probe agency to show transcripts of his questioning in the alleged money laundering case.

After the CBI filed a First Information Report in May 2017 over alleged irregularities in the Foreign Investment Promotion Board (FIPB) clearance granted to the INX Media group for receiving overseas funds of Rs 305 crore in 2007, when Chidambaram was Finance Minister, the Enforcement Directorate filed a case of alleged money laundering.

Chidambaram's lawyer told the Supreme Court he has been questioned by the Enforcement Directorate three times in 2018 and 2019, and the transcripts of questioning would clear the air on whether he had been evasive in his replies, as alleged by the probe agency while seeking his custodial interrogation.

"Their case is that they have all the evidence and documents. Our case is that they never put it (document) to him during questioning," senior advocate Kapil Sibal, appearing for 73-year-old Chidambaram, told a Supreme Court bench of Justices R Banumathi and AS Bopanna.

Solicitor General Tushar Mehta, appearing for the probe agency, said he would respond to Chidambaram's plea seeking production of transcripts of his questioning on December 19 last year and January 1 and January 21 this year during his arguments on Wednesday.