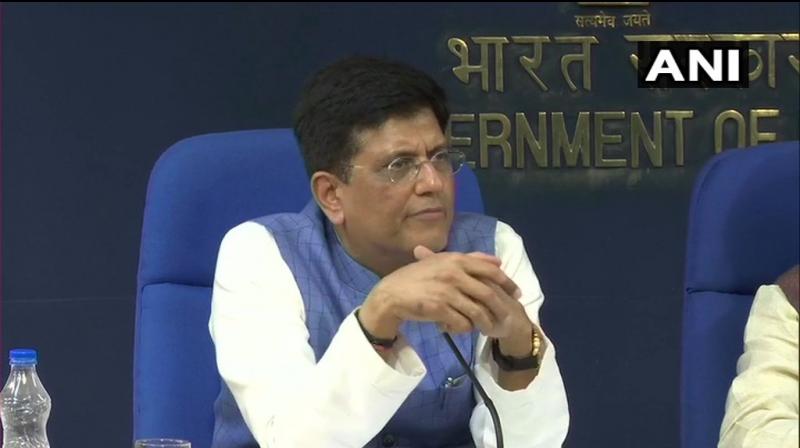 New Delhi: The government on Wednesday said it is taking steps to relax norms for Foreign Direct Investment in several sectors including single brand retail, digital media and manufacturing to boost the lagging economy.

Union Minister Piyush Goyal addressing the media and said that the last financial year has witnessed the largest FDI inflow, after a cabinet meeting, said, "FDI regulations have been liberalised. FDI regime has been simplified. This will also boost employment for the youth. We see an opportunity to make India a manufacturing hub."

It is the easing of stringent local sourcing norms stipulated for the single-brand retail sector that could have the maximum and most visible impact. The Cabinet has tweaked the existing rule that requires a company with more than 51 per cent FDI to source at least 30 per cent of its goods from the domestic market.

On August 26, the Reserve Bank of India had approved a record Rs 1.76 lakh crore payout. This move has received strong criticism from the Opposition dubbed "stealing from the RBI" by Congress chief Rahul Gandhi.

The record transfer, including a surplus of Rs 1.23 lakh crore for 2018-19, will boost the government's finances at a time it strives to tackle a nearly five-year low economic growth with lakhs of estimated job cuts across sectors, and defend its ambitious target of containing fiscal deficit at 3.3 per cent of the GDP.