India   All India  28 Aug 2019  How BSF brought down cattle smuggling by 96 pc since last September
India, All India

A massive crackdown was launched along the 4,000 km long border stretching from South-West Bengal to Tripura last year. 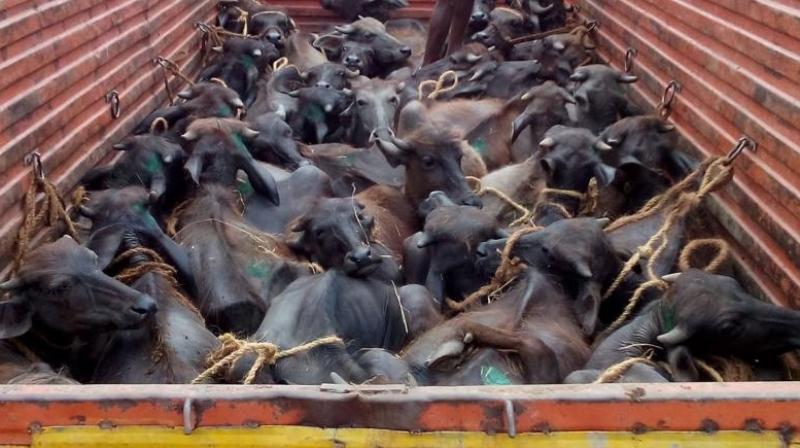 A massive crackdown was launched along the 4,000 km long border stretching from South-West Bengal to Tripura last year. As a result, over 5,000 cross-border smugglers were arrested whereas 45 BSF jawans were injured.

It also resulted in the closure of a large number of cow slaughterhouses along the border-stretch.

Director-General of BSF Rajnikant Mishra, said it was because of tough legal measures against the smugglers and border patrolling which led to a massive decrease in smuggling.

According to him, reports IANS, the smugglers used the riverine area along the border to smuggle cattle as their key route. "The boat patrolling of BSF blocked such routes," he said.

The illegal activities of smuggling reportedly promoted the Rs 10,000 crore beef export industry in Bangladesh. They were kept in check by the BSF's top brass.

According to a DIG-level officer of the eastern command of BSF, a cow smuggled for Rs 5,000 could fetch around Rs 50,000 when smuggled to these slaughterhouses.

The procedure started with BSF setting its own house in line by recognising and shunting out 2 dozen unscrupulous officers.

The BSF chief then handpicked highly efficient officials who would prevent cattle smuggling. Boat patrolling was also enhanced to gain intel of cow smuggling activities taking place in the hinterland.

However, on August 11, Bangladesh Minister for Fisheries and Livestock, Ashraf Ali Khan said that the decline in smuggled cattle was because Bangladesh attained self-sufficiency in meat production which significantly reduced cattle imports and entry of sacrificial animals from the neighbouring country.