India   All India  28 Aug 2020  Centre puts its burden of GST compensation upon states
India, All India

Centre puts its burden of GST compensation upon states

The government has made an estimate of a shortfall of Rs 2.35 lakh crore based on the expected cess collection for the remaining months 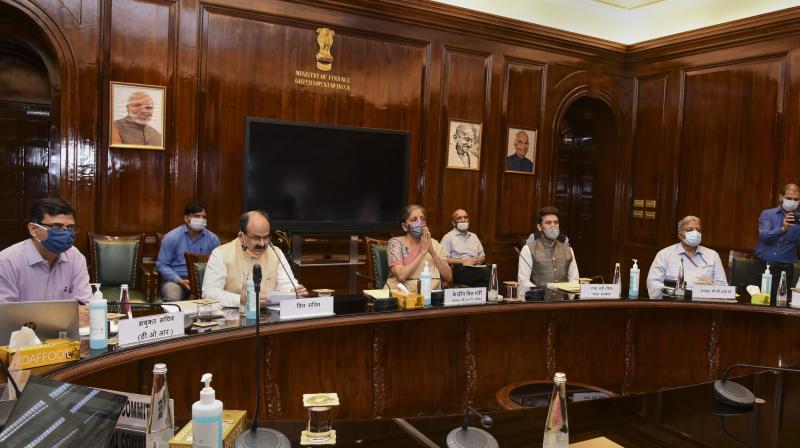 Centre placing the burden of borrowing for GST compensation on the states can hamper the economy of the states. The uncertainty of revenue collection and the possible differential treatment towards states in terms of lending can make things worse.

“Both options enforce sacrifice from the part of the states. This is not acceptable for us. We will talk to other states before we send our response to the Centre,” said T M Thomas Issac, Finance Minister of Kerala.

According to Sumit Batra, Partner at India Law Alliance, the Central Government in its bid to end the woes of the states caused due to shortfall in GST collections and lockdown, has completely ignored the plight of the states.

“The compensation cess was designed to cover losses that the states may incur due to the implementation of GST. While the states are facing acute shortage of funds to meet their day to day expenses, the way Central Government has asked the states to borrow the shortfall from RBI at the reasonable rate of interest or to chalk out a plan in consultation with RBI will only result in collapse of respective state economy,” he said.

The government has made an estimate of a shortfall of Rs 2.35 lakh crore based on the expected cess collection for the remaining months and Rs 97,000 crore on the Covid impact. “The actual numbers can go up if the revenue collection remains lower than the estimates in the coming months of the fiscal. In such a case, the burden on the states will further go up,” he said.

“The compensation requirement gets compounded at a rate 14 per cent from the base year of 2016-17. So anyway the requirement will be higher in the coming years,” said Abhishek Jain, EY Tax Partner.

Further, possibility of a differential treatment by RBI to the states cannot be ruled out. “As the Centre is facilitating the borrowing, the non-BJP ruled states can face issues in raising money. If the RBI is not willing to lend the entire amount estimated by such states, there could be issues,” said Batra.

Further, the Centre has only raised the FRBM limit by 0.5 per cent and states need a higher limit to accommodate compensation borrowing.  “In order to make such a borrowing, Kerala would need the borrowing limit to be raised by 1.5 per cent. The Centre has not said anything on that,” said Issac.