The EAM made the remarks while delivering the Presidential address at the 19th Darbari Seth Memorial Lecture. 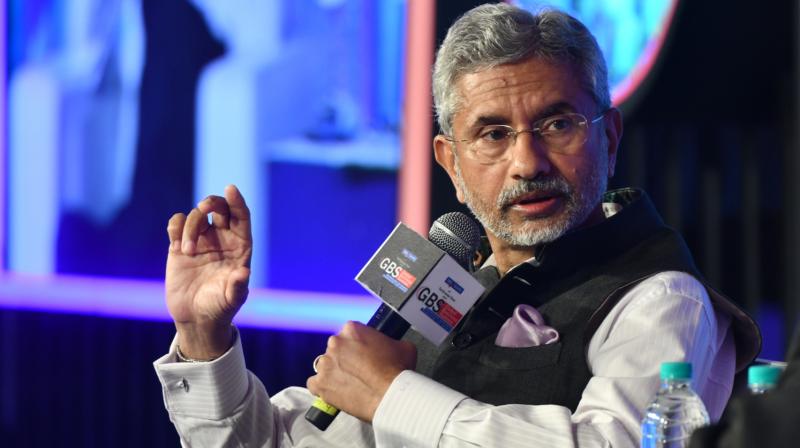 New Delhi: Lashing out at Pakistan without naming it, External Affairs Minister S Jaishankar on Friday said that sustained pressure through international mechanisms to prevent the movement of funds for terror groups and their front agencies has compelled a state "complicit in aiding, abetting, training and directing terror groups and associated criminal syndicates to grudgingly acknowledge the presence of wanted terrorists and organised crime leaders on its territory".

The EAM made the remarks while delivering the Presidential address at the 19th Darbari Seth Memorial Lecture.

The obvious reference was to Pakistan, which had recently in effect admitted to the presence of terrorist and underworld don Dawood Ibrahim on its soil as part of its measures to free itself from the grey list of global anti-terror funding watchdog Financial Action Task Force (FATF).

Jaishankar said, "All the while, states that have turned the production of terrorists into a primary export have attempted, by dint of bland denials, to paint themselves as victims of terror. But as we have seen last week, sustained pressure through international mechanisms to prevent the movement of funds for terror groups and their front agencies can work."

Adding that several anti-terror mechanisms are in place to contend with terrorism after 9/11 and 26/11 attacks, Jaishankar said that the international community still lacks a Comprehensive Convention on International Terrorism due to clash of certain foundational principles.

On the issue of economic self-reliance, the EAM said, "Like the rest of the world, India too has been severely tested by the pandemic. But there is confidence in our ability to transform the challenge into opportunity. Believe me, our country has enough cards to play if we have the confidence to play them."

He also said that the world must revisit the very concept of globalisation, claiming that it had been allowed to be defined by the interests of a few, who visualised the process largely in financial, trade and travel terms.

"The true challenges are terrorism, pandemics and climate change. Unfortunately, there are some who persuade themselves that they can draw the benefits while leaving the risks, threats, and challenges for others to deal with. This is predicated upon a false confidence that such problems can be localised in some regions of the planet, while others stay free from such contagion," he said.