Empowering women has been held up as an answer to myriad global problems, starting with poverty. 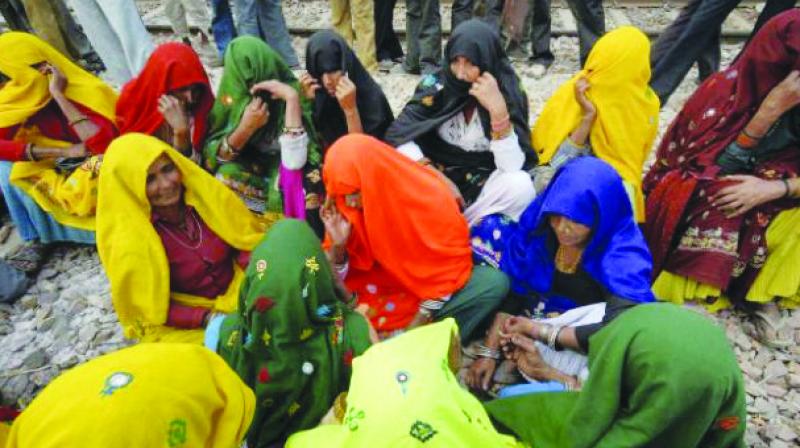 Pride and dignity would belong to women if only men would leave them alone is an Egyptian proverb. Gender inequality is not only a pressing moral and social issue but also a critical economic challenge. India has a larger relative economic value at stake from advancing gender equality than any of the 10 regions analysed in a McKinsey Global Institute report, The Power of Parity: How Advancing Women’s Equality Can add $12 Trillion to Global Growth. The report says that if all countries were to match the momentum towards gender parity of the fastest-improving countries in their region, $12 trillion a year could be added to global GDP. Further, India could add $700 billion of additional GDP in 2025, boosting the country’s annual GDP growth by 1.4 percentage points.

Empowering women has been held up as an answer to myriad global problems, starting with poverty. According to the Global Poverty Project, women make up half of the world’s population and yet represent a staggering 70 per cent of the world’s poor. Women face worse prospects in almost every aspect of their daily lives — education, employment opportunities, health or financial inclusion. As the report notes, “We live in a world in which women living in poverty face gross inequalities and injustice from birth to death. From poor education to poor nutrition to vulnerable and low pay employment, the sequence of discrimination that a woman may suffer during her entire life is unacceptable but all too common.”

Women experience barriers in almost every aspect of work, including:
Whether they have paid work at all;
The type of work they obtain or are excluded from;
The availability of support services such as childcare;
Their pay, benefits and conditions of work;
The insecurity of their jobs or enterprises; and
Their access to vocational training.

With only a third of women being literate — only a small fraction are educated — they lack the skills which can facilitate their economic empowerment. Not surprisingly their share in the earned income is less than a quarter. There is certainly a lot of investment that is called for. Much of the gender disparity is masked by a highly stratified society. Women from the highly privileged and well-endowed elitist class have made it to the top but the majority is impoverished with far too many women being deprived of education, healthcare and decent employment for us to be counted as a civilised state. It is this majority that needs to be uplifted.

One of India’s most powerful tools for empowering women is the self-help group. A typical self-help group consists of 10-20 poor women from similar socio-economic backgrounds who pool their savings into a fund from which they can borrow as and when necessary. They meet once a month to pool savings and discuss issues of mutual importance. Group members are engaged in livelihood activities such as running a retail shop, cattle rearing, zari work, tailoring jobs, making candles and artificial jewellery. Such a group is linked with a bank — a rural, cooperative or commercial bank — where they maintain a group account.

It needs great emotional intensity to break through age-old barriers. This can be possible only through groups who share the same emotional values and are driven by strong impulses of mutual goals. In India, community groups have been set up in villages and slums to tackle specific problems. They are known as self-help groups. One of the primary objectives is of course to avail loans which women access by cross-guaranteeing each other’s liability. These loans are part of a financial philosophy called microfinance. When women are reached, they gain the courage and skills to break the cycle of inter-generational poverty. We create the most powerful catalyst for lasting social change. Microfinance interventions aim not only to provide poor people the financial means to improve their lives, but also stimulate local economies through the creation of micro-entrepreneurship.

What does the empowerment of women entail? At a basic level, it means gaining control over sources of power like material assets, self-assertion and ability to take part in taking decisions that affect their lives. For this, women must have equal opportunities, capabilities and access to resources. This would obviously mean a redistribution of the existing power relations and, finally, a challenge to the patriarchal ideology and male dominance as the concept of women empowerment is linked with gender equality.

With help for starting businesses, impoverished women can earn money and support their countries as well as their families. They represent perhaps the best hope for fighting global poverty. According to a Harvard Business Review study, women in emerging markets reinvest 90 per cent of every dollar earned into “human resources” — their families’ education, health and nutrition — compared to only 30 to 40 per cent of every dollar earned by men.

Commerce has a profound ability to make people put aside their differences and interact with each other. “Before the self-help group came on the scene, I was zero,” Kamla told us during a visit to an interior village in Maharashtra. “We were share-croppers. We could not find food to feed our children or clothes to dress them. Now we can buy food and lease land and send our children to school. I have repaid `5,000 for the loan I was given by my self-help group. I have money left over from which I want to buy a goat.”

I was completely blown as I listened to the stories of these tenacious women. They have sophisticated credit algorithms: “Does the woman own a buffalo? Some chickens? Does she have a toilet in her home? What kind of roofing material does her home have? Does she bring a shawl to the village meeting? Does she come barefoot to the meeting, or does she wear slippers? Do her children come to the school properly washed and dressed?”

These stories tell us that when we design solutions that recognise the poor as clients and equal participants in the development process and not as passive recipients of charity, we have a real chance to end poverty.

Ela Bhat, the founder of Sewa and one of India’s tallest social workers emphasising the creative role of women in synthesising new cultural patterns: “In my experience, women are the key to rebuilding a community. Focus on women, and you will find allies who want a stable community. The woman wants roots for her family. In women, you get a worker, a provider, a caretaker, an educator, a networker. She is a forger of bonds — in her, essentially, you have a creator and a preserver. I consider women’s participation and representation an integral part of our peace process. Women will bring constructive, creative and sustainable solutions to the table.”