The flood trend, according to the SDMA, was rising though there was no threat of submergence. 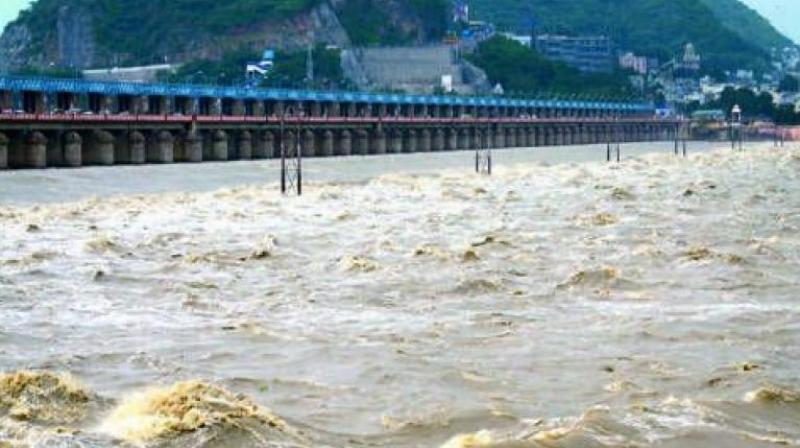 Andhra: River Krishna is in spate again following heavy rain in the upper catchment areas in Maharashtra and Karnataka.

Consequently, the crest gates of major dams that were already full to the brim in Andhra Pradesh had to be opened for the third time in the last couple of months to let out floodwater into the Bay of Bengal.

On Saturday, the Srisailam reservoir received an inflow of 2.73 lakh cusecs from upstream and 3.20 lakh cusecs was discharged downstream, maintaining a flood cushion of about 1.31 tmc ft.

The 2.91 lakh cusecs that flowed into Nagarjuna Sagar has been let out downstream into the Dr K L Rao Sagar where the outflow was 2.78 lakh cusecs.

The Prakasam Barrage in Vijayawada recorded an inflow of 2.58 lakh cusecs and an outflow of 2.23 lakh cusecs, according to the State Disaster Management Authority (SDMA).

The flood trend, according to the SDMA, was rising though there was no threat of submergence.