Swaraj had promised Harish Salve Re 1 salary for representing India at ICJ in the case involving Kulbhushan Jadhav. 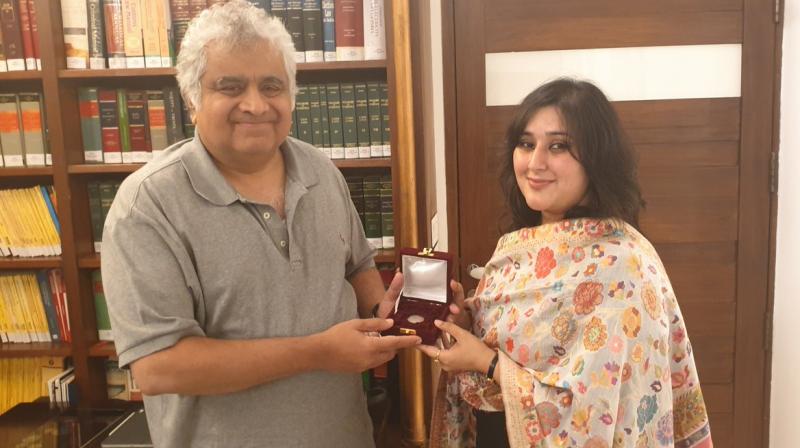 In a tweet, Swaraj’s husband said that their daughter Bansuri Swaraj visited Salve and presented him with Re 1 coin. (Photo: Twitter)

New Delhi: Moments before former foreign minister Sushma Swaraj passed away, she had a light-hearted conversation with senior lawyer Harish Salve, during which she asked him to “come and collect his fee of Re 1” for representing India at the International Court of Justice in Kulbhushan Jadhav case. On Friday, Sushma Swaraj’s daughter fulfilled that promise.

In a tweet, Swaraj’s husband said that their daughter Bansuri Swaraj visited Salve and presented him with Re 1 coin.

@sushmaswaraj Bansuri has fulfilled your last wish. She called on Mr.Harish Salve and presented the One Rupee coin that you left as fees for Kulbhushan Jadhav's case. pic.twitter.com/eyBtyWCSUD

On August 6 evening, Harish Salve had a telephonic conversation with Sushma Swaraj, who, as Foreign Minister in Prime Minister Narendra Modi's first term, led India's diplomatic efforts to save Jadhav.

Significantly, the last photo Swaraj tweeted was with Jadhav's family on July 25.