TDP chief accused Reddy of giving wrong information to central govt and of not heeding to words of either the Centre or court. 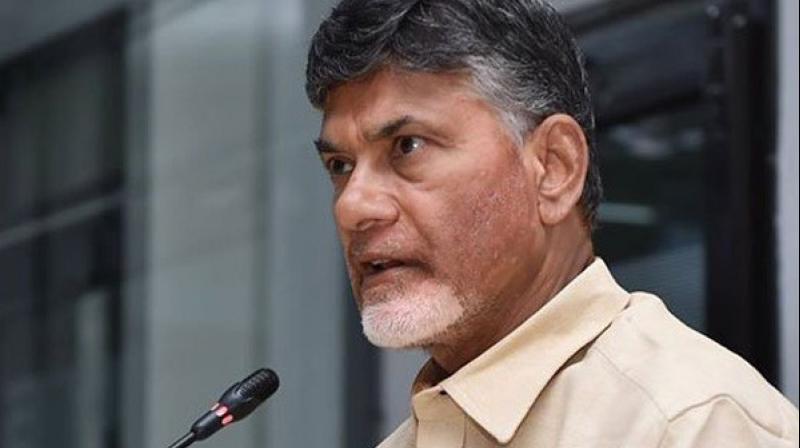 The former chief minister further alleged that solar and wind power rates had come down during his rule and using them had proved highly beneficial to the state govt. (Photo: File)

Guntur: Telugu Desam Party (TDP) chief N Chandrababu Naidu has criticised Chief Minister YS Jagan Mohan Reddy for damaging the goodwill of Andhra Pradesh over his decision of reviewing power purchasing agreements (PPAs) which were made under the TDP rule.

"The Jagan government has taken wrong decisions on PPAs. APGENCO and AP TRANSCO (energy companies) achieved top positions in the country during the TDP regime. In my rule, DISCOMs were made debt-free, and the state became a power surplus state. TDP had brought revolutionary changes in the power sector," Naidu said at a press conference here on Friday.

The release added that the court directed the companies to raise their objections before Andhra Pradesh Electricity Regulatory Commission (APERC), which is directed to settle the issue within six months.

The court had also decided to ignore the earlier TDP's government order (GO) as the state administration itself is approaching the APERC.

The former chief minister further alleged that solar and wind power rates had come down during his rule and using them had proved highly beneficial to the state govt.

"TDP government's efforts made the reduction of power tariffs possible, the central government gave us incentives too. Now YSRCP govt is making allegations on our tenure with false records," Naidu said.

TDP chief further accused Reddy of giving wrong information to the central government and of not heeding to the words of either the Centre or the court.