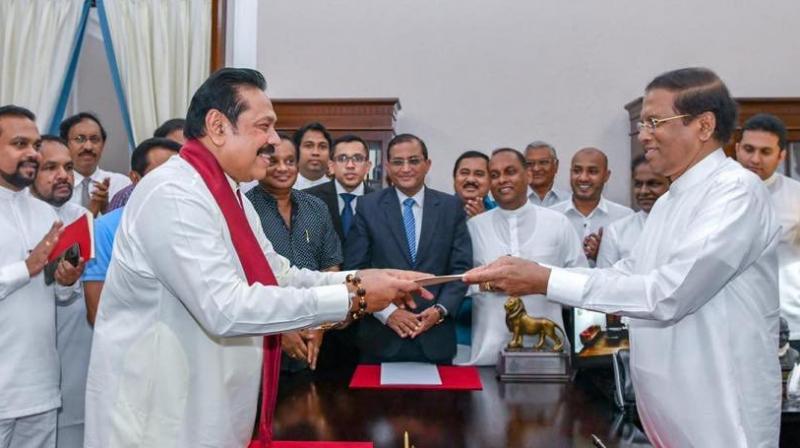 New Delhi: India on Sunday said it was closely following the political developments in Sri Lanka and hoped that democratic values and constitutional process would be respected in the island nation.

"India is closely following the recent political developments in Sri Lanka. As a democracy and a close friendly neighbour, we hope that democratic values and constitutional process will be respected," External Affairs Ministry Spokeperson Raveesh Kumar said.

Kumar said India will continue to extend its developmental assistance to the friendly people of Sri Lanka. India has been involved in a number of projects in the island nation.

Sirisena on Saturday suspended Parliament till November 16 after Wickremesinghe sought an emergency session to prove his majority. Former president Rajapaksa was sworn in as the country's new PM on Friday.

The political turmoil came amid growing tensions between Sirisena and Wickremesinghe on several policy matters.

Reacting sharply to his sacking, Wickremesinghe asserted that the swearing-in of Rajapaksa is "illegal and unconstitutional" and he will prove his majority in Parliament.

Rajapaksa's return to power ends a more than three-year-old coalition government that was formed by Sirisena and Wickremesinghe on a promise to combat corruption and financial irregularities.

The unity government was thrown into a crisis after Rajapaksa's new party pulled off a stunning victory in local elections in February seen as a referendum on the ruling alliance.

The LTTE sought a separate Tamil homeland in the northern and eastern provinces of the island nation for nearly 30 years before its collapse in 2009 after the Sri Lankan Army killed the outfit's supreme leader Velupillai Prabhakaran.