India   All India  28 Oct 2018  No processing fee for spiritual channels any more
India, All India

No processing fee for spiritual channels any more

The processing fee for uplinking and downlinking is Rs 50,000 per day for regional channels and Rs one lakh for national channels. 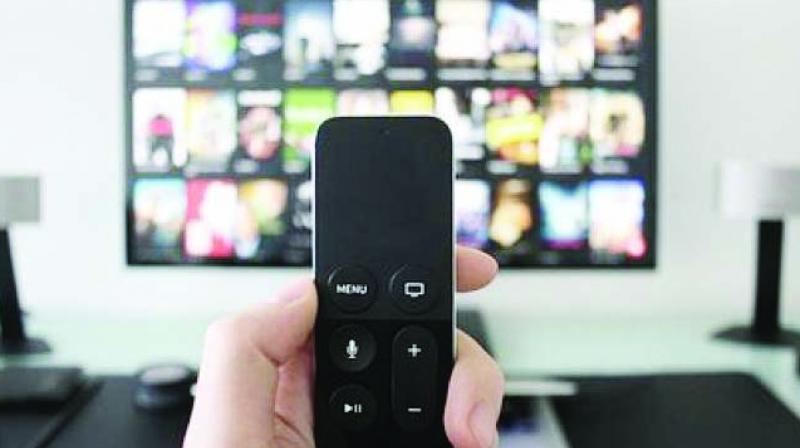 Currently, television channels are classified into news and general entertainment channels as well as national and regional ones. (Representational image)

Giving into long pending demand by several gurus and religious leaders, Narendra Modi government has removed uplinking and downlinking fee for devotional channels in the country while at the same time a seperate classification and categorisation for these channels has also been sought.

The Union information and broadcasting  ministry’s exemption from processing fee for these channels came keeping in mind their petition that they be exempted due to their contribution to cultural and social cause of the nation.

However,  a similar demand made by the sports broadcasters has not been approved and they would continue to pay the requisite fee.

Sources stated that the ministry has also sought to classify these channels into a new category.  Currently,  television channels are classified into news and general entertainment channels as well as national and regional ones. “However, the government has now also sought to create a new category under devotional channels,” sources added.

“The contention of spiritual channel broadcasters was they were fulfilling an important social cause by telecasting religious and cultural events,” sources added.

As there is presently no classification of devotional or spiritual channels the channels monitored by Electronic Media Monitoring center under this category will be given this exemption. It is understood that a separate categorisation may later be sought rom the TRAI.

Telecom Regulatory Authority of India,  which is also the regulator for broadcasting sector in the country.