Both the Centre and the state administration, sources added, are also in favour of taking a tough stand against the stone pelters. 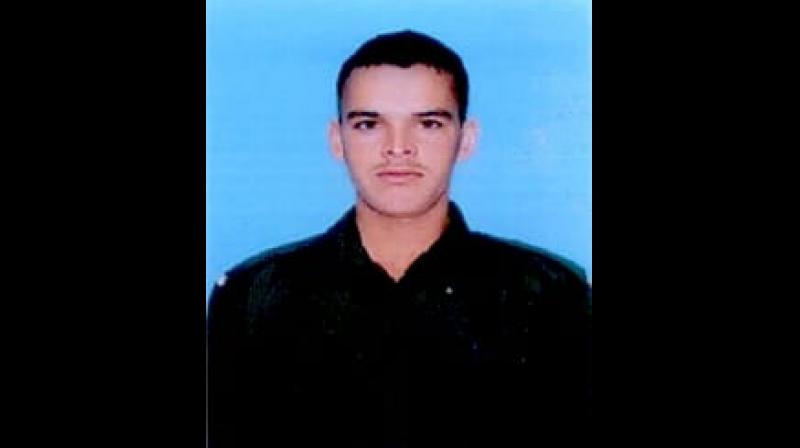 New Delhi: Upset over the killing of an Army jawan, Rajendra Singh, by stone-pelters in the Valley on Friday, security agencies will soon approach the Centre and the Jammu and Kashmir administration to treat such protesters as Over Ground Workers (OGWs) of terror outfits.

Even Army Chief Gen. Bipin Rawat has supported a tough stand against them, saying stone-pelters were, in fact, overground workers of terror groups and should be dealt with sternly.

Sources said there is considerable resentment among the security establishment involved in counter-terror operations in the Valley over the killing of the 22-year-old Army jawan in Anantnag district and want stringent action against the culprits. Both the Centre and the state administration, sources added, are also in favour of taking a tough stand against the stone pelters.

Earlier, when the BJP was part of a coalition government in J&K along with Mehbooba Mufti’s PDP, the Centre had agreed to an amnesty scheme and decided to withdraw cases against first-time offenders involved in cases of stone-pelting. This was done largely on the insistence of the then chief minister, Ms Mufti. However, in view of Friday’s killing of the jawan and increasing incidents of a crowd or stone-pelters gathering around the site of an ongoing security operations, both Centre and the state, which is now under Governor’s rule, are expected to take a tough stand against.

“If stone-pelters can kill people, are they not becoming like terrorists? I want to tell them that no one will benefit from stone-pelting and tough action should be taken against them,” Gen. Rawat said. The Army has already lodged an FIR lodged in this case.

Meanwhile, the Army Chief on Saturday also cautioned Pakistan for promoting cross-border terrorism saying if Islamabad continued with its stated policy, the Indian security forces could retaliate with other actions as well. He did not spell out details of what these “actions” could be.

On September 28, 2016, in the wake of terror attacks on defence installations in J&K by terror groups operating out of Pakistan, Indian Army’s special forces had conducted surgical strikes on terror launch pads across the Line of Actual Control (LoC).

While asking Pakistan to desist from aiding and abetting terrorism in J&K, the Army Chief reiterated that India security forces were strong enough to ensure that J&K remains part of India and that no one can take it away by force or any other means.

Gen. Rawat also said that Pakistan was indulging in a proxy war to avenge its defeat in the 1971 war. “But let me assure you, Indian Army and the Indian state are strong enough to ensure that J&K remains part of India. No one else can take it away by force or by any other means, because legally, legitimately J&K is integral part of India. We are capable of finishing any infiltrators who reach our side. Pakistan is fully aware they cannot succeed in J&K but they still hope they can succeed. It is just another way to keep the turmoil going and not allow development in the state,” he added.