India   All India  28 Nov 2017  Cartoonist Bala in trouble again, another FIR to his name
India, All India

Cartoonist Bala in trouble again, another FIR to his name

The cartoonist was arrested earlier in November after a defamatory case was registered against him on account of a caricature. 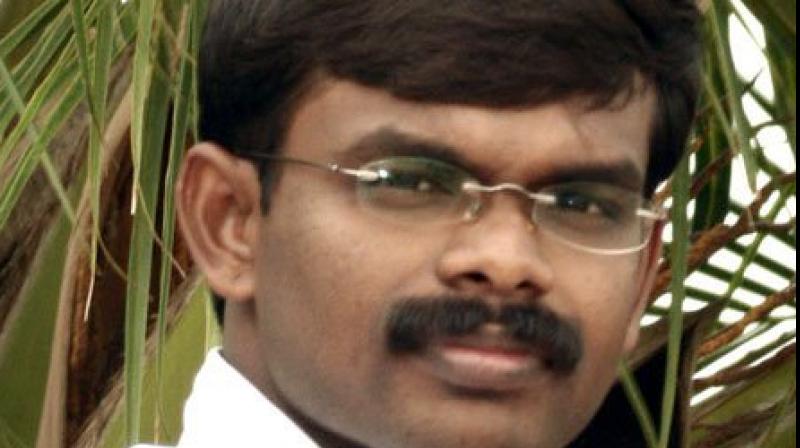 A defamatory case was registered against him on account of a caricature that allegedly depicted the CM in a distasteful manner. (Photo: Facebook)

Chennai: Yet another FIR has been registered against Cartoonist Bala and the journalists protesting against his earlier arrest.

The Tamil Nadu-based cartoonist was arrested in the first week of November after a defamatory case was registered against him on account of a caricature that allegedly depicted state Chief Minister Edappadi K. Palanisamy in a distasteful manner.

Bala had allegedly portrayed the Chief Minister, the state's collector and the police commissioner wearing nothing and covering their private parts with money, while a person lay burning in front of them.

The caricature was published following an incident where a couple and their two children self-immolated at the collectorate, alleging police inaction on a usury complaint.