The woman alleged that Rodrigues on November 4 circulated a video on social media purportedly showing a minister with the woman. 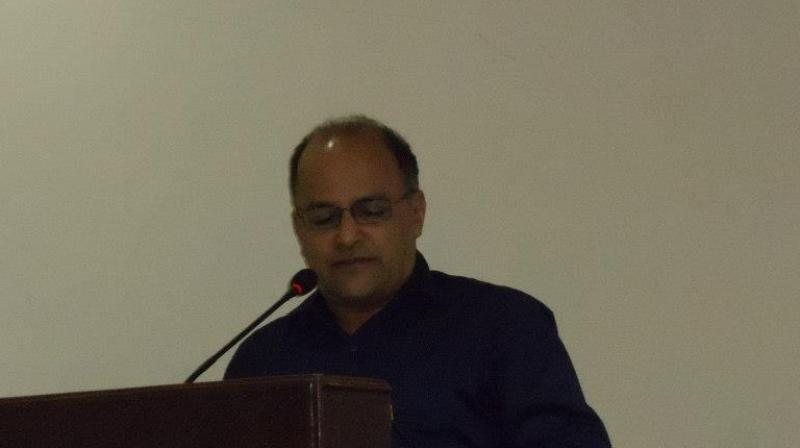 The woman complainant claims that she and her husband confronted Rodrigues at his office and that the latter admitted he had circulated the said post without any basis or facts. (Photo: Facebook)

Panaji: Noted activist Aires Rodrigues was booked by the Goa Police on Tuesday for allegedly sexually harassing a woman by linking her with a state minister through his social media posts.

The middle-aged married woman, a resident of Siolim village, has lodged a formal complaint against Rodrigues with the Anjuna Police.

Police have registered an FIR against Rodrigues under sections 354 (A) (iv)(sexual harassment), 509 (words or gesture to insult modesty of a woman), and 500 (punishment for defamation), an official said.

The woman alleged that Rodrigues on November 4 circulated a video on social media purportedly showing the minister with the woman.

On November 5, Rodrigues circulated a message that he had sought an appointment with Goa Governor Mridula Sinha to update her on the alleged sex scandal, according to the complaint.

"The complainant said Rodrigues circulated her picture on whatsapp linking her to the alleged sex scandal on November 7," the official said quoting the complaint.

The woman said she was not able to move out of her house after she came to know about the post. She alleged that her image was tarnished by the post which has disturbed her married life.

"The complainant states that due to the said act of Aires Rodrigues, her family has been disturbed and through this act her modesty has been outraged in public life," the official said.

The woman claimed that she and her husband confronted Rodrigues at his office and the latter admitted that he had circulated the said post without any basis or facts.

When contacted, the minister Vinod Paliencar, who represents Siolim seat, lashed out at Rodrigues.

"It is wrong if any woman's name is being tarnished by a certain individual at the behest of someone. All my voters in Siolim are my people. I meet hundreds of people everyday," he said.

Paliencar said the incident shows the "culture and upbringing of the social activist who also has a daughter." Rodrigues could not be contacted for his reaction.