India   All India  28 Nov 2017  I have a friend in every country now: Manushi Chhillar
India, All India

I have a friend in every country now: Manushi Chhillar

The 20-year-old dressed in a green gown and with the blue ‘Miss World’ crown on her head sounded confident. 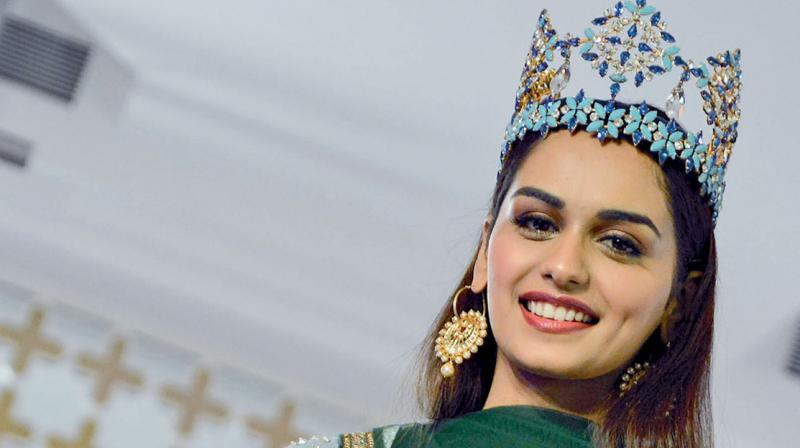 Mumbai: Bringing the crown back after a hiatus of 17 years, Manushi Chhillar has made India proud by bringing the blue crown back home and becoming the sixth Indian to win the coveted title.

In Mumbai, celebrating her win, Manushi who took a year’s break after winning Miss India pageant wants to get back to finish her studies in medicine after her year-long responsibilities get over.

Speaking about her win, Manushi said, “It cannot be described in words. You represent your entire country and the way India has celebrated the win is spectacular. They have all celebrated it like it is their own victory and the feeling that I could do this for my country after 17 years is amazing.”

The 20-year-old dressed in a green gown and with the blue ‘Miss World’ crown on her head sounded confident and went on to add, “A lot of people had a lot of expectations from me. But once I was there, I had a really good time. Honestly, above everything else, I enjoyed myself. It was a once-in-a life time opportunity and I was just living my life.”

Asked about things she would remember most during the competition, she said, “I made a lot of friends and I have a friend in every country now. But the one thing I would remember most is that I got to name an emperor penguin at Chimelong Ocean Kingdom in Zhuhai.”

The Chimelong Ocean Kingdom have seven emperor penguins and this was the first year that they could breed seven of them and six of the contestants were able to give their family names to the emperor penguin. “I would be really happy if Shashi Tharoor could visit that penguin,” she added cheekily.

This comes after the Congress leader trolled her on social media to which Manushi said, “It’s okay to have an opinion and that is all right. I will focus on the positive side.”