Commercial operations of project that has overcome many hurdles will begin November 29. 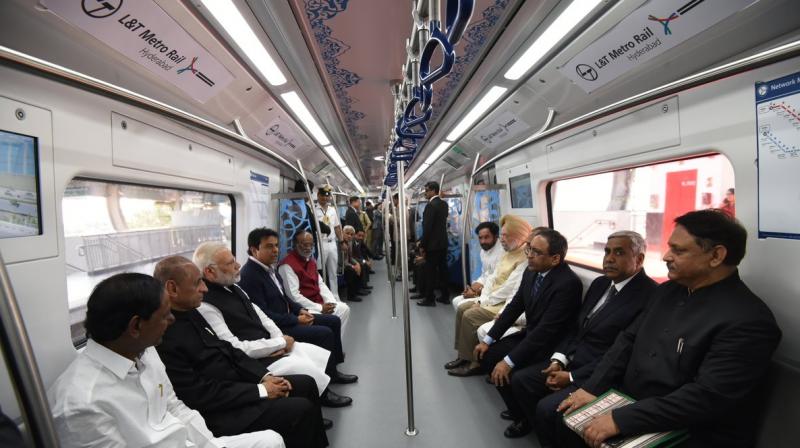 The Prime Minister arrived at the Begumpet Airport around 1.30 pm and addressed party cadres at a special venue there. He addressed workers for a few minutes in both Telugu and Hindi.

Prime Minister Modi has categorically said there will be no discrimination against any state and that the central government would stick to constructive cooperative federalism, respect various states’ needs and aspirations.

Due to the tight time schedule -- as Mr Modi left soon after to inaugurate the Global Entrepreunership Summit (GES) -- there was no public meeting to mark the inauguration of the Hyderabad Metro Rail.

The commercial operations of the project that has overcome many hurdles will begin November 29.

Here is the timeline of the project: