From selling tea to becoming PM, you have proven transformational change is possible: Ivanka Trump to Modi. 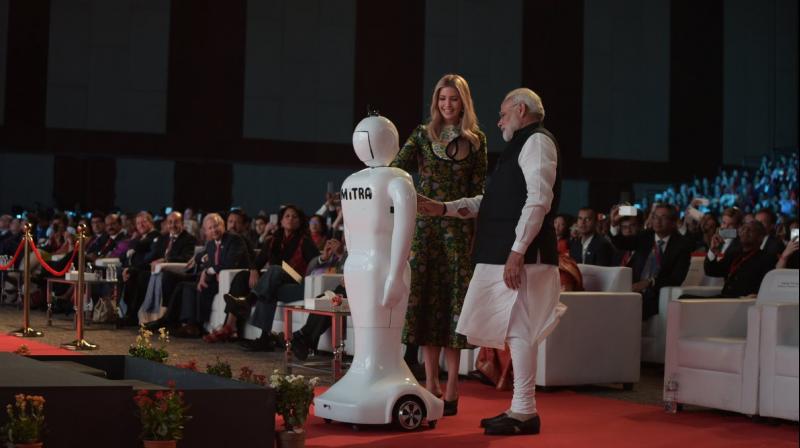 Hyderabad: Woman is shakti and only when she is empowered do cultures and countries begin to thrive, was the resonant theme in the speeches of Prime Minister Narendra Modi and Ivanka Trump as they inaugurated the eighth edition of the Global Entrepreneurship Summit in Hyderabad on Tuesday evening.

The annual business meet -- its eighth edition this year and co-sponsored by the United States -- is being held for the first time in South Asia.

The theme for the three-day summit beginning Tuesday is "Women First, Prosperity for All".

Speaking first, Telangana Chief Minister K Chandrashekhar Rao emphasised the 'ease of business' atmosphere this country now boasts of. On Telangana's policies he said: "All approvals for investment are to be given in 15 days here. If it doesn’t come through, it is deemed to have been given."

In her keynote address, Ivanka Trump congratulated India on its 70th anniversary of Independence, now "the world's fastest growing economy -- that will continue to grow under the leadership of Narendra Modi". "Indian spacecraft has travelled to moon and to Mars. The people of India inspire us all," she said.

Ivanka thanked the Prime Minister and said, "Thank you PM Modi for joining us today for making India a symbol of democracy and beacon of hope for India."

On PM Modi's humble beginnings, she said: "From your childhood selling tea to your election as India's Prime Minister, you have proven transformational change is possible." "India has a friend in the White House," she stressed.

Further praising the efforts of PM Modi, Ivanka said, "What you are achieving here (in India) is truly extraordinary."

Ivanka said she was happy to be in Hyderabad, which is emerging as the innovation hub of India. Ivanka said, "It's incredible to be in this ancient city (Hyderabad) brimming with technology." On a lighter note she said, "Hyderabad tech centres may even outshine your world-famous biriyani."

She added, "The people of India inspire us all."

She egged on women entrepreneurs to march forward, talking about how women have come forward in the last decade to become entrepreneurs. "The progress of humanity is incomplete without the empowerment of women," she said.

"Only when women are empowered to thrive, will our families, our economies, and our societies reach their fullest potential," Ivanka said.

Prime Minister Narendra Modi gave the inaugural speech. He said this summit's focus on women made this edition unique. He said: "In Indian mythology, woman is the incarnation of shakti. Our history is full of women of remarkable talent and determination."

Recalling the contribution of women in India, the Prime Minister said, "Indian women continue to lead in different walks of life. Our space programmes, including the Mars Orbiter Mission, have had immense contribution from women scientists. Kalpana Chawla and Sunita Williams, both of Indian origin, have been part of US space missions."

"Three out of four oldest High Courts in India are now headed by women judges. Our sportswomen have done the country proud. This very city of Hyderabad is home to Saina nehwal, PV Sindhu, and Sania Mirza, who have brought laurels to India," the Prime Minister added.

He added, "We have pushed more and more women into grassroots decision-making."

Talking about the Atal Innovation Mission, Modi said the government is opening Tinkering Labs in more than 900 schools to promote a culture of innovation and entrepreneurship among children.

Praising the Goods and Services Tax (GST), Modi said, "A historic overhaul of the taxation system has been recently undertaken, bringing in the GST across the country."

"The summit is being held for the first time in South Asia. It brings together, leading investors, entrepreneurs, academicians, think-tanks and other stake holders to propel the global entrepreneurship ecosystem," Modi said.

Modi said he saw power in India's young generation, who "can make the world a better place". "I can see 800 million entrepreneurs in India."

The venue was the splendorous Hyderabad International Convention Centre in HITEC City, which has a seating capacity of 1500 delegates. 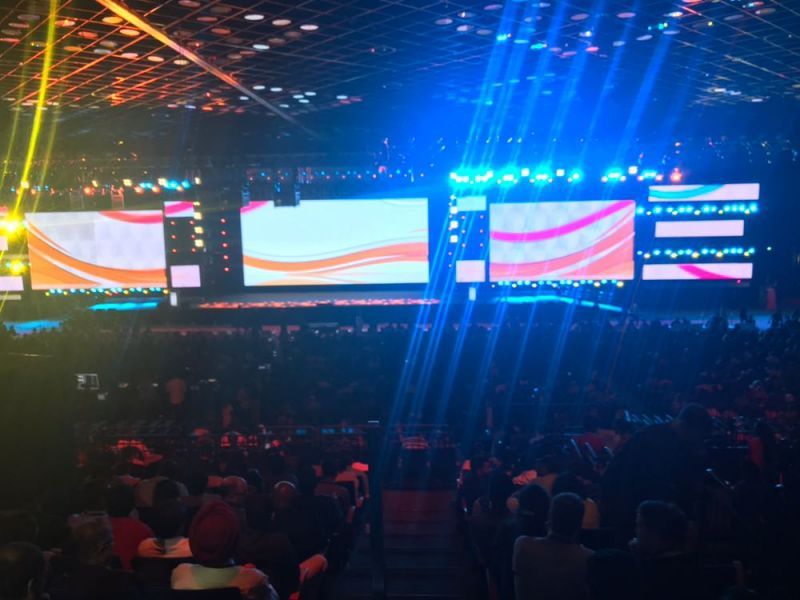 The Ministry of External Affairs said both Sushma Swaraj and Ivanka Trump had a productive discussion on women entrepreneurship and empowerment.

This will be the first GES in which women are expected to be majority (52.5 per cent) of the participants. The theme of this year's summit demonstrates the commitment of the US and the Indian government to the principle that when women are economically empowered, their communities and countries thrive, NITI Ayog CEO Amitabh Kant has said.

The summit will primarily focus on four thematic sectors -- energy and infrastructure; healthcare and life sciences; financial technology and digital economy; and media and entertainment sectors, according to Kant.