Do not undermine the Indian media

Suddenly, fingers are being raised against the Indian media and criticism voiced on it for not being as “strong” as the American media. 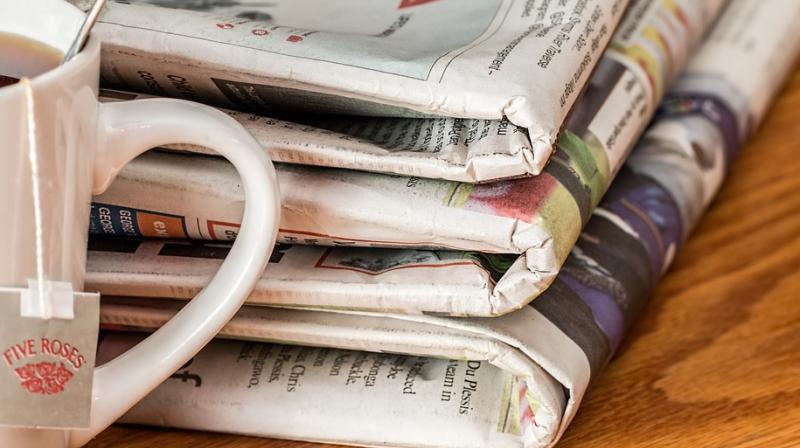 Suddenly, fingers are being raised against the Indian media and criticism voiced on it for not being as “strong” as the American media. In opinion of some, the Indian media cannot “afford” to take as strong stand against the government, particularly Prime Minister Narendra Modi, as has the US media against President Donald Trump. With respect to “independence” displayed by the US media against President Trump and fearlessly criticising him, it is important to note that there is nothing new about this. It is an intranation issue. If the US media had been extra-critical of their President on international, specifically with regard to his diplomatic stand on their country’s foreign policy, that would have been definitely worth raising eyebrows about. Such is not the case.

The unwritten rule of media ethics followed even in most democratic countries is that they must avoid taking a stand against their government’s foreign policy. It may be worth recalling the hype raised by the American media about Arab Spring spelling spread of democratic revolution in several Arab nations. The same may be said about the American media having played a major role in spreading “news” about Islamic terrorism. Criticism voiced by the American media on these two issues is hardly visible. From this angle, the Indian media has adopted a wise approach in exercising restrain and/or in not going overboard in criticising as well as questioning the country’s diplomatic stand on international issues in general. However, it would be erroneous to state that the Indian media has chosen to remain silent on crucial national issues, including criticism of Mr Modi.

Mr Modi has not been spared criticism for his frequent foreign trips. His hug diplomacy and that of taking selfies while abroad has also been taken note of. On the home front, his economic measures marked by demonetisation, inflation and so forth have been subject to fairly strong media attacks. From this angle, it is difficult to comprehend as to why the Indian media has suddenly begun being criticised for not being as critical of Mr Modi as has the American media been of Mr Trump? Nevertheless, there is a view that Indian mediapersons cannot afford to criticise the Indian government and leaders in power because of the risk of losing their jobs. It would be appropriate to view this less due to anti and/or pro-government stand of various outlets of media. This has more to do with political leanings of media representatives and papers/channels, etc. they are associated with.

Interestingly, the Indian media being fairly widespread and varied cannot be judged only by whether all its divisions are pro-government, particularly Mr Modi or not. Considering the spread of regional media in different languages, it would be erroneous to judge the Indian media only by what English papers, channels and other tools of communication reflect. Political leanings of regional papers and channels cannot be sidelined.

Indians are not unaware of political leanings of various sections of the media, whether at the national level or regional. And so are Americans. Against this backdrop, while judging and comparing significance of the media in the two countries, it is equally important to evaluate the impact they have on recipients.

True, the entire Indian media cannot be viewed as totally independent and democratic. There is some relevance in opinion held about a percentage of them being “sold” out. This impression may be revised as a number of regional papers, channels, etc, including those in Hindi, Urdu and English are owned by affluent politicians and/or are backed by different political groups. These may be regarded as mouthpieces of their owners and/or supporters. Their key purpose is to propagate their owners/supporters’ stand and criticise that of their rivals. These may also be viewed as a means of political campaign. But this trend is also visible in the American media known largely as either Democratic or Republican. The Indian media should be spared negative criticism, particularly in comparison to the American media!

The writer is a senior journalist