India   All India  28 Nov 2019  ‘Reward for honesty is humiliation’: IAS officer Khemka on being transferred for 53rd time
India, All India

‘Reward for honesty is humiliation’: IAS officer Khemka on being transferred for 53rd time

This was the first major administrative reshuffle ordered by BJP–JJP government after it came to power about a month ago. 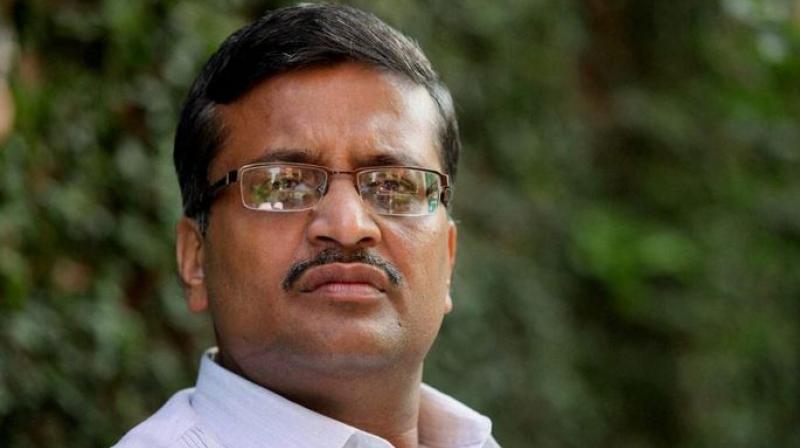 Chandigarh: Ashok Khemka, an IAS officer who has been transferred about 50 times in his career, on Wednesday reacted strongly to his latest posting, saying the “reward for honesty is humiliation”.

“Same thing again. Constitution Day was celebrated yesterday. Today, the orders and rules of the Supreme Court were violated yet again. Some will be pleased,” the tweet in Hindi added.

“The reward for honesty is humiliation,” it said.

This was the first major administrative reshuffle ordered by the Bharatiya Janata Party–Jannayak Janta Party government after it came to power about a month ago.

The transfers were with immediate effect.

Khemka shot into limelight in 2012 when he cancelled the mutation of a land deal between Skylight Hospitality, which is linked to Congress leader Sonia Gandhi’s son-in-law Robert Vadra, and major real estate developer DLF.

Over four years ago, Khemka had termed another transfer “painful”. He had then been moved from the state’s transport department.

“Tried hard to address corruption and bring reforms in Transport despite severe limitations and entrenched interests. Moment is truly painful,” he had then tweeted.

Seven of the 14 IAS officers reshuffled on Wednesday are of the rank of additional chief secretary. Their departments included Excise and Taxation, Agriculture and Farmers’ Welfare, Mines and Geology, Public Works, Civil Aviation, Industries and Commerce, Food and Consumer Affairs and Finance and Planning.