Underlining that the teeth of any air force is the combat fleet, Raha said that the country needs another production line besides the Tejas. 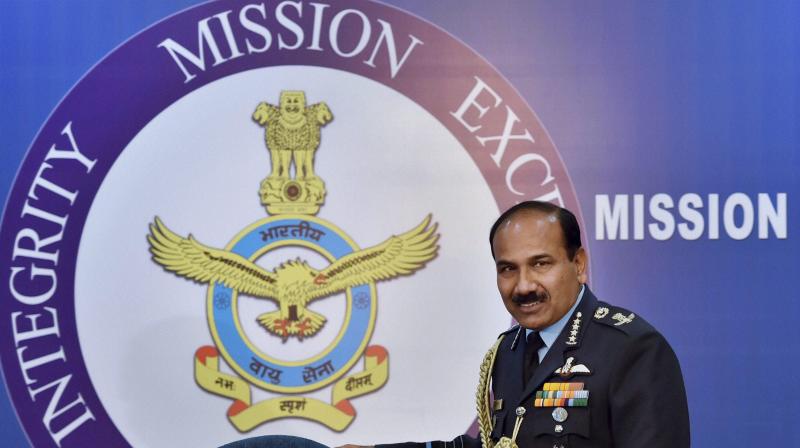 New Delhi: Outgoing IAF chief Arup Raha on Wednesday made it clear that just 36 Rafale fighter jets would not suffice as India needs about 200-250 more fighters to maintain its combat edge over adversaries.

The Air Chief Marshal, who is set to retire on December 31, also rued that the tender for the much needed "force multiplier" mid air refuellers had to be withdrawn. He said a fresh tender is in the offing and the procurement will be speeded up.

Underlining that the teeth of any air force is the combat fleet, Raha said that the country needs another production line besides the Tejas.

He explained that the strength sanctioned by the government is 42 squadrons "which was a numerical value. He said what is needed "is also a capability mix".

Raha said India has enough of heavy weight fighters - the Su30 MKI - which will last for another 30-40 years. He said the light weight spectrum would be served by the 123 Tejas light combat aircraft ordered by the IAF.

Terming Rafale as an excellent aircraft, Raha said it comes in the medium weight spectrum.

"It is tremendously capable in all its role. It is a multi-role aircraft and can be used very effectively. It can prove its worth in any situation," Raha said.

"But we have just ordered 36 aircraft and we require more aircraft in this middle weight category to give entire spectrum of capability," he said.

Raha said a void has been created in the past because of obsolescence and many of the squadrons will be past their use-by date.

"We have already used them for four decades plus. It is time to retire them and get new aircraft," he said adding this void has to be filled up quickly and 36 Rafale aircraft "will not do as we require much more".

"Over the next 10 years, we must have 200-250 aircraft. It has to be balanced out. In the heavy weight spectrum, we have enough. But in the medium weight category, we need to have more. Yes, about 200 will be very good," he said.