What kept MHA busy in 2016: Terror by Pak groups, dealing with 'erring' NGOs

The terror case saw an unusual move from India and Pakistan as Islamabad sent its probe team to Pathankot. 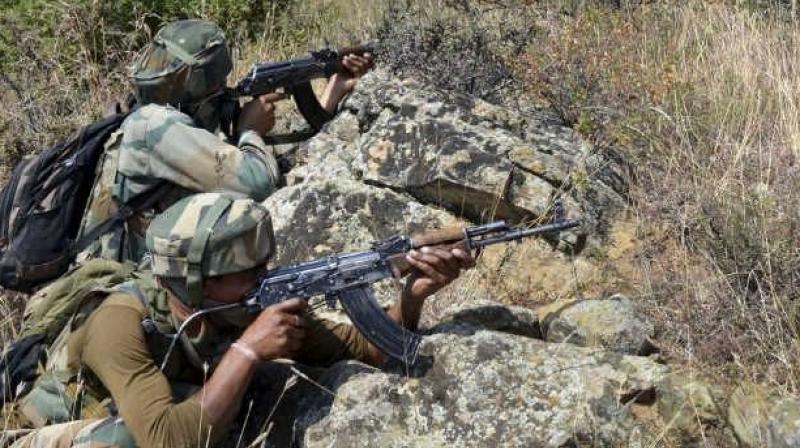 Islamabad reciprocated by refusing to allow an Indian investigating team to visit Pakistan in connection with the Pathankot attack probe. (Representational image)

Imposition of President's rule in Arunachal Pradesh and Uttarakhand and subsequent revocation by the Supreme Court in both the states, over 120 days of unrest in Jammu and Kashmir following killing of Hizbul Mujahideen militant Burhan Wani were some other issues that the ministry had to deal with.

The year saw prolonged tension along the India-Pakistan border due to fierce firing from Pakistani forces on Indian security posts and civilian areas forcing Home Minister Rajnath Singh to tell BSF not to count bullets if fired upon by Pakistan and give a "befitting" reply.

Pakistan-based Jaish-e-Mohammad terrorists carried out the strike at the Pathankot airbase, killing seven personnel and injuring 37 others. In its charge sheet, the NIA said JeM chief Maulana Masood Azhar, his brother and two others hatched the conspiracy.

The terror case saw an unusual move from India and Pakistan as Islamabad sent its probe team to Pathankot.

However, the Pakistani team, upon its return, claimed India did not cooperate with them.

Islamabad reciprocated by refusing to allow an Indian investigating team to visit Pakistan in connection with the Pathankot attack probe.

Not taking it lightly, Home Minister Rajnath Singh, during his visit to Pakistan for a SAARC meeting, delivered a blunt message to Islamabad asking it to stop encouraging terror groups and "glorification" of terrorists and also called for "strongest action" against nations supporting terrorism and their isolation.

The Home Ministry was also engaged in the fire-fight to control the unrest in Kashmir Valley arising after the killing of Wani on July 8.

The home minister himself led two all-party delegations and met cross sections of people, in an effort to bring peace in the restive Kashmir Valley.

The Home Ministry, on behalf of the central government, was busy with handling the situation following imposition of President's rule in Arunachal Pradesh and Uttarakhand.

However, the central rule in both the states was set aside by the Supreme Court, leading to the Home Ministry receiving flak from various quarters.

Notwithstanding the crackdown on NGOs, a total of Rs 1,452 crore foreign funds was received by various voluntary organisations during 2014-15.

As many as 11,319 NGOs were derecognised by the Home Ministry in October after they failed to renew their registration under the FCRA.

In addition, the Centre also denied renewal of FCRA registration to 25 NGOs after they were allegedly found to be involved in anti-national activities.

Later, during a review of the Foreigners Division of the Home Ministry, it was conveyed to Singh that licences of around 20,000 of 33,000 NGOs were cancelled by the government

after they were found to be allegedly violating various provisions of the FCRA, thus barring them from receiving foreign funds.

Situation in northeastern states was by-and-large peaceful except in Manipur where blockade on two national highways by a Naga         group against creation of seven new districts disrupted normal life, and led to rise in prices of essential commodities and violence in some parts of the state.

Violence perpetrated by Naxals were contained considerably and there were fewer incidents in some of the worst-hit areas of the 10 states affected by the menace.

There were some incidents of online radicalisation by dreaded terror group ISIS and reports of some youths desiring to join its network.

The Home Ministry feels that though ISIS has not taken roots in India, it is influencing youths through Internet and social media.

According to an estimate prepared by the intelligence agencies, at least 30 Indians have gone to ISIS-held areas in Iraq-Syria to fight for the terrorist group after they were radicalised online, forcing security forces to keep a close eye on social media outlets and some radical websites.

At least six of them were killed in the conflict zone and 30 other Indians, who were radicalised by ISIS elements, were prevented from travelling to the Middle-East.