Some people started mocking Kejriwal by coughing as he began his speech. As heckling became louder, Vardhan and Gadkari asked them to stop. 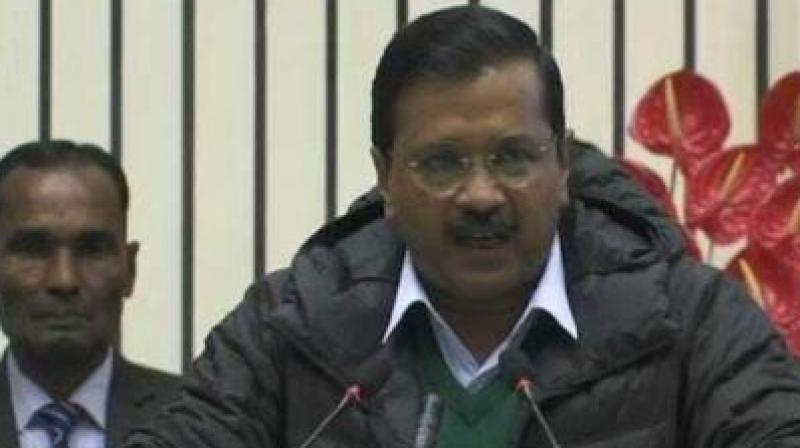 This was not the first time the Delhi CM was mocked over his ailment. (Photo: ANI | Screengrab)

The action ridiculing Kejriwal for the bouts of coughing he suffered till 2016, left the AAP leader in an awkward position at the Vigyan Bhawan event as he asked for some silence from the audience.

Some people started mocking Kejriwal by coughing as he began his speech. As the heckling became louder, Vardhan and Gadkari asked them to stop.

"Please keep quite. This is an official event," Gadkari said.

At the event, Kejriwal praised Gadkari asserting, "Nitin Gadkariji has never made us feel that he belongs to a rival party. I don't know about others, but the way he has showered love on us, I don't think the BJP people have got that much love."

The event, held jointly by the National Mission for Clean Ganga and the Delhi Jal Board, was aimed at launching a campaign to clean the Yamuna.

This was not the first time the Delhi CM was mocked over his ailment.

The Chief Minister suffered from a persistent form of cough for over 40 years, and in September 2016 he underwent corrective surgery at a Bengaluru hospital.