It is significant that at least 70,000 declared illegal migrants in Assam have vanished before they could be deported back. 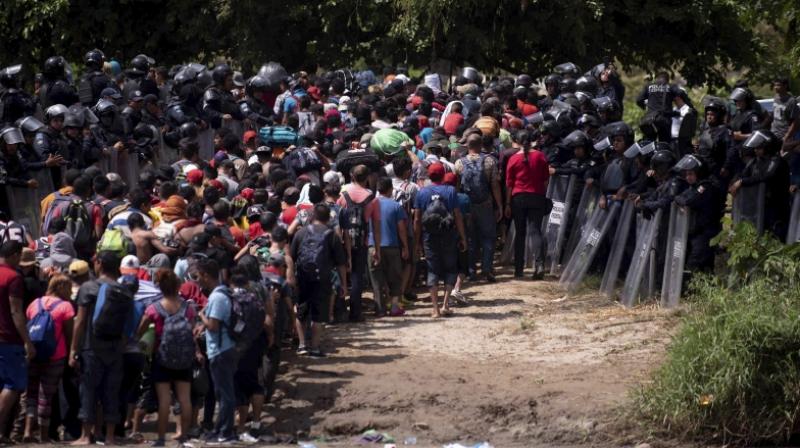 Barman was responding to a discussion initiated by the AGP on the issue of detection of foreigners.(Photo | AP/ Representational)

Guwahati: The first detention centre in India was set up in Western Assam’s Goalp-ara district in 2008-09 following a directive of the ministry of home affairs which was flooded with complaints against Bangladesh not accepting those declared foreigners in Assam.

It is significant that at least 70,000 declared illegal migrants in Assam have vanished before they could be deported back. The Assam government, in its affidavit to the Supreme Court, has admitted that 70,000 individuals who were declared foreigners by the tribunal are untraceable now. “They have mixed with the local population,” Solicitor General Tushar Mehta had submitted before a bench headed by Chief Justice of India Ranjan Gogoi in April 2019.

Previously, the Assam government headed by then chief minister Tarun Gogoi had published a white paper where in it said that various tribunals between 1985 and July 2012 had declared 61,774 persons as foreigners.

But barely two months later, Mr Gogoi said that there was not a single Bangladeshi national in Assam.

Referring to the background in which detention centre was formed to check this problem of declared foreigners getting vanished, security sources said that detention centres was also meant to confine convicts under passport acts.

In July 2009, then-Assam revenue minister Bhumidhar Barman had also informed the state Assembly that two detention camps would be set up to hold illegal immigrants. These were to come up at Mancachar and Mahisashan. Mr Barman was responding to a discussion initiated by the AGP on the issue of detection of foreigners.

Assam currently has six detention camps. All have been set up inside jails in the Goalpara, Kokrajhar, Tezpur, Jorhat, Dibrugarh and Silchar districts of Assam, said the sources in the state home department which referred to a letter of the home ministry in 2008 which started the process.

These detention centres were meant for housing the illegal immigrants detected by foreigner tribunals until they are deported.

In  2014, the Narendra Modi government also wrote to all state governments for setting up detention centres.