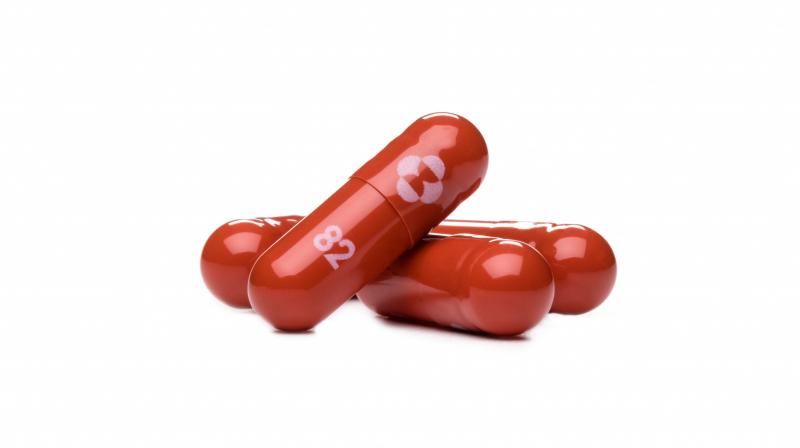 Hyderabad: Optimus Pharma on Tuesday said it would be launching its frontline COVID-19 medication Molnupiravir in the Indian market in a day or two, as the drug maker has received permission from the Drug Controller General of India for restricted emergency use for virus.

The company, in a press release, said it successfully completed the Phase 3 Clinical Trial on 1,218 subjects across 29 geographical study sites all over India.

"We want to cover maximum demographic diversity into our trial in order to obtain data across the different geographical regions of the country and conclusive evidence that Molnupiravir is able to bring about viral load reduction over 5 days of treatment duration," Chairman and Managing Director of Optimus Pharma, D Srinivasa Reddy said.

The firm has developed the API (active pharmaceutical ingredient) in house at its R&D centre here. Optimus Pharma has revealed highly promising results of the drug in its ability to reduce viral load and bring out significant symptomatic improvement in patient's health.

The Clinical Trial, Molnupiravir was administered to the subjects along with Standard of Care (SoC) medication as per the approved protocol by the Central Drugs Standard Control Organisation, it said.

Meanwhile, Sun Pharma, earlier in the day, said its subsidiary has received emergency use authorisation (EUA) from the Drugs Controller General of India (DCGI) to manufacture and market a generic version of MSD and Ridgeback's antiviral drug molnupiravir under the brand name Molxvir in India.

Earlier this year, the Mumbai-based drug major had signed a non-exclusive voluntary licensing agreement with MSD to manufacture and supply a generic version of molnupiravir in over 100 low and middle-income countries (LMICs) including India.

The DCGI has approved molnupiravir for treatment of adult patients with COVID-19 and who have high risk of progression of the disease including hospitalisation or death.

"In line with our consistent efforts to accelerate access to new drugs for Covid-19 treatment, we will make Molxvir available to patients at an affordable price. We are also in the process of launching a toll-free helpline to ensure the availability of Molxvir to doctors and patients across India. Our endeavour is to make the product available in a week's time," he added.

The recommended dose of the drug is 800 mg twice a day for five days.

The duration of treatment of molnupiravir is much shorter compared to other therapies which is a significant advantage as it reduces the pill burden and enhances compliance.

Molnupiravir has been developed by MSD and Ridgeback Biotherapeutics.

It has been approved by the US Food and Drug Administration (FDA) and the UK Medicines and Healthcare products Regulatory Agency (MHRA) for Emergency Use Authorisation (EUA).