India   All India  29 Jan 2017  Get inspired from Tendulkar to do wonders in life: Modi tells students
India, All India

Get inspired from Tendulkar to do wonders in life: Modi tells students

He also advised the students to study for knowledge and not only for mere marks as it would lead them to go for shortcuts. 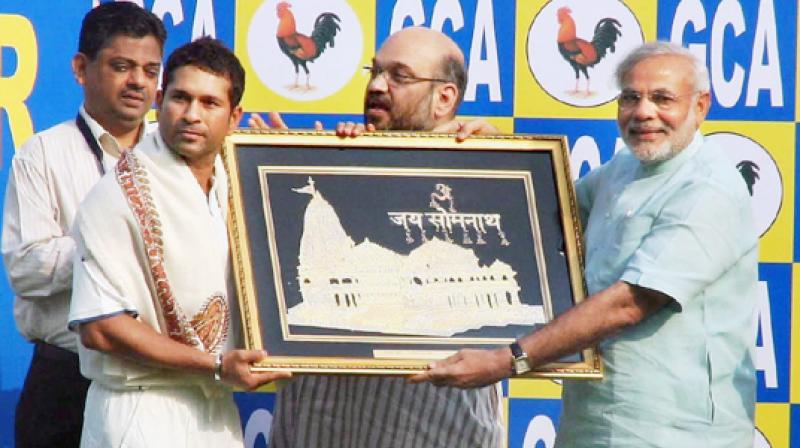 New Delhi: Citing the example of Master Blaster Sachin Tendulkar who broke and created several records in the game of cricket, Prime Minister Narendra Modi on Sunday urged the students to learn from the life of cricket legend in order to compete and improve.

Addressing the nation in his first address of 2017 in his monthly 'Mann Ki Baat' programme, Modi said it is always self-competition and not competition with others which helps a person to improve and become a better human being.

"Take the example of Sachin Tendulkar. In his career which extended for more than 20 years, he kept breaking his own records day after day and got better and better with each passing day. The secret of his success was self-competition and not competition with others," the Prime Minister said.

He also advised the students to study for knowledge and not only for mere marks as it would lead them to go for shortcuts.

"Only studying for marks will lead to shortcuts and one will limit himself or herself. It is important to study for knowledge," he said.

"The root of all the problems are expectations, it is acceptance that makes things easy. You should compete with yourself to see how tomorrow can be made better than yesterday," he added.