Chaitanya Vuyuru employed at an IT company in Bengaluru died after falling off from a bridge at Chennai airport around 6:30 am on Monday. 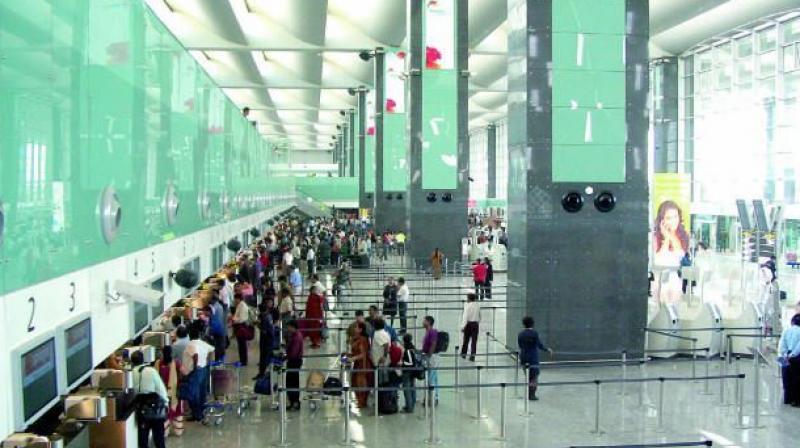 Chennai: A man fell to his death from a bridge at the Chennai airport, police and airport officials said.

The man fell from the departure bridge near gate number 4 of the domestic terminal and died, they said.

According to a report in The Times of India, the man has been identified as 32-year-old Chaitanya Vuyuru of Vijayawada and was employed at an IT company in Bengaluru died after falling off from a bridge at the Chennai Airport around 6:30 am on Monday.

The report quoted witnesses informing the police that Chaitanya had been sitting on the railing of the flyover and had fallen off from there. Footages from the CCTV cameras showed that the man was either trying to take a selfie or talking to someone sitting on the railing. The flyover is used for dropping passengers at the domestic and international departure terminals.

Police were checking if it was a case of suicide or an accidental fall from the bridge. According to reports, Chaitanya had suffered multiple fractures on his skull.

The man was not carrying any bag and he didn't have any air ticket.

"He may have an e-ticket in his mobile. But his Apple iPhone was damaged in the incident. Another phone he carried was malfunctioning after the fall from a 10-foot high flyover," a TOI report quoted a police officer as saying.

Police recovered an identity card from him and contacted his father, Janardhana Rao. "Rao and his family members are rushing to Chennai from Vijayawada. We don't know why Chaitanya came to Chennai."

According to reports, the airport police has registered a case under Section 174 (unnatural death) of the CrPC. Further investigations are on.