The court also extended its Jan 24 order restraining the EC from issuing any notification announcing by-elections. 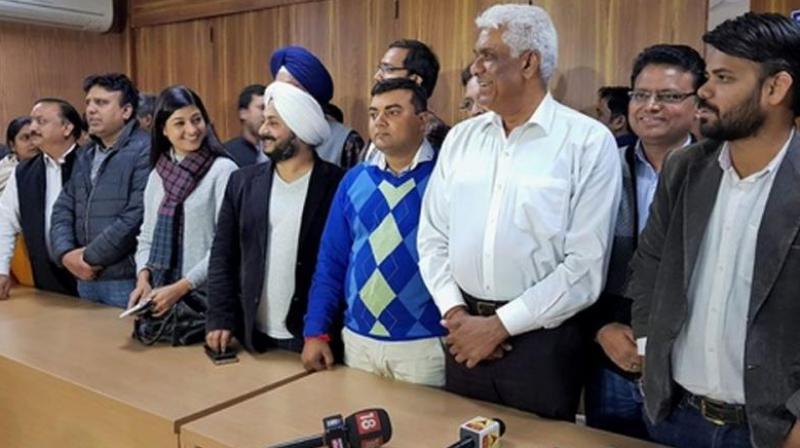 The petitions were filed by eight AAP MLAs challenging the Centre's notification, disqualifying 20 of them for holding office of profit. (Photo: PTI)

New Delhi: The Delhi High Court on Monday transferred to a division bench the pleas of AAP MLAs, seeking quashing of their disqualification from the Delhi Assembly for holding office of profit.

Single judge bench of Justice Vibhu Bakhru fixed the matter before the Acting Chief Justice for Tuesday, who may either set up or refer it to an existing division bench.

The court also extended its January 24 order restraining the Election Commission (EC) from issuing any notification announcing by-elections to fill vacancies of the 20 Assembly seats, MLAs of which have been disqualified.

The court's direction came after advocate Prashant Patel, on whose plea the poll panel had recommended disqualification of the AAP legislators to which the President gave his nod, moved an application seeking transfer of the matter to a division bench.

The petitions were filed by eight AAP MLAs challenging the Centre's notification, disqualifying 20 of them for holding office of profit.

The high court had on January 24 refused to stay the Centre's notification disqualifying the MLAs for holding office of profit but restrained the EC from taking any "precipitate measures" like announcing dates for by-polls.

The high court had earlier summoned the entire records pertaining to the proceedings leading to the recommendation of the EC for 20 MLAs' disqualification which received the presidential assent on January 20.