After ambulance fails to arrive, baby delivered with help of Asha worker. 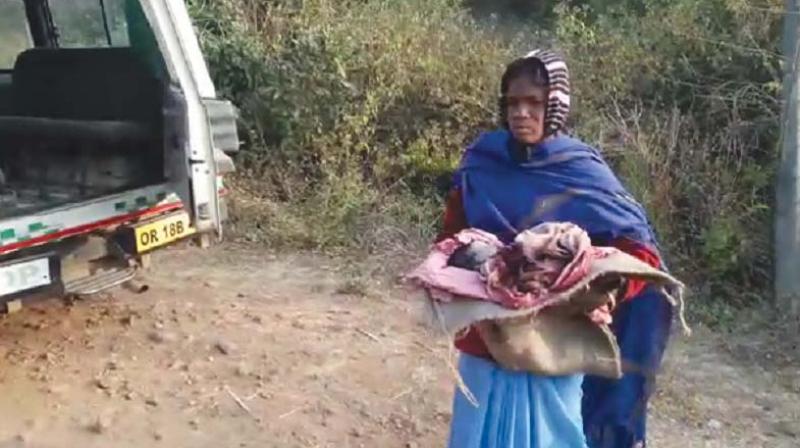 A health worker shifts the newborn to an ambulance.

Rayagada: An expectant woman on Sunday delivered a baby on the roadside as ambulance reportedly failed to respond to an emergency call on time at Kalyansinghpur in Rayagada district.

According to reports, the woman had developed labour pain late Saturday night and it was only at around 5 am on Sunday that the family members had contacted the ambulance service. However, as no ambulance attached with Kalyansinghpur community health centre was available, another vehicle from Kolnara was requisitioned which was nearly 50 km away from the spot.

By the time ambulance reached the spot, the woman had already delivered a girl child on the roadside with assistance from a local ASHA worker.

“As both the mother and child were shivering, we had to make provisions for fire to protect them from intense cold,” said a family member. Later both the mother and her baby were taken to the Kalyansinghpur CHC and their condition is said to be stable after preliminary treatment. The incident has once again exposed the sorry state of the health sector in the state.

“This kind of scenes is regularly witnessed in Rayagada district as the hospitals are not fully equipped with emergency services. The state should make emergency services like ambulances and first aid available for common people at panchayat levels,” said Dr Gouranga Rout, a social activist.