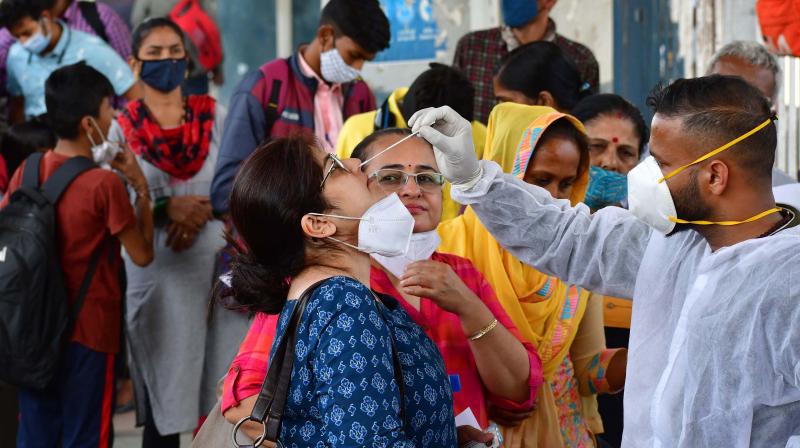 New Delhi: With 2,35,532 people testing positive for the coronavirus infection in a day, India's total tally of cases increased to over 4.08 crore, according to the Union Health Ministry data updated on Saturday.

The death toll has climbed to 4,93,198 with 871 fatalities reported during the 24-hour period, the data updated at 8 am showed.

The number of people who have recuperated from the disease surged to 3,83,60,710, while the case fatality rate was recorded at 1.21 per cent, the ministry said.

Meanwhile, the cumulative number of anti-Covid vaccine doses administered in the country so far has crossed 165.04 crore.

India's surpassed the one-crore mark in the number of cases on December 19, 2020. It crossed the grim milestone of two crore on May 4 and three crore on June 23.