Mr Shah, while claiming credit for revocation of Article 370 that provided special status to J&K, said the latter had now become the crown of India. 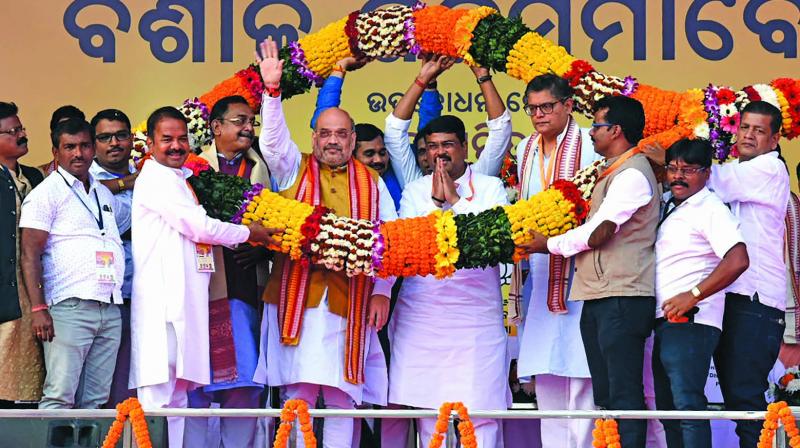 Bhubaneswar: Union home minister Amit Shah on Friday gave no inkling of getting perturbed over the Delhi riots following a series of anti-CAA protest rallies. Instead, he sounded more resolute to back the law that was passed in the Parliament on December 11, 2019.

Addressing a pro-CAA rally here, Mr Shah said the Citizenship (Amendment) Act, 2019 aimed at giving citizenship to people not to snatch away anyone’ citizenship. He criticized the political parties that are spreading “lies” on the law, thereby inciting violence.

“The Congress, BSP, SP, Communists, Mamata didi (West Bengal chief minister) are opposing CAA, saying that the law will rob the minorities of their citizenship rights. I don’t know why are they spreading lies. Prime Minister Narendra Modi has said in Parliament that no minority will lose his or her citizenship by CAA. CAA is not a law to take away citizenship but give citizenship,” he said.

After the Partition, Hindus, Sikhs, Buddhists, Jains, Parsis and Christians living in neighouring country and some other countries were systematically targeted, the home minister said, without naming Pakistan.  “These people experienced forced conversion…women folks were raped and their places of worship were vandalized. The Congress never addressed their concerns,” said Mr Shah. He assured that not a single Muslim in India will lose citizenship.