The two accused were thrashed and paraded naked by the mob, including women, in Yingkiong market area on March 26. 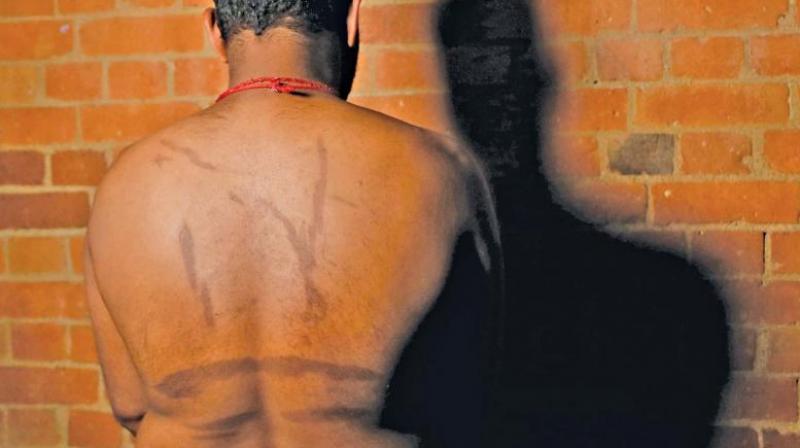 The 17-year-old girl was allegedly raped by the four men, including her boyfriend, near the under-construction Gandhi Bridge on March 25. (Representational Image)

The two accused were thrashed and paraded naked by the mob, including women, in Yingkiong market area on March 26 before being handed over to the police.

Two others are absconding, the police official said.

The 17-year-old girl was allegedly raped by the four men, including her boyfriend, near the under-construction Gandhi Bridge on March 25, DIG (central range) John Neihalaia said.

The incident took place at around 8.30 pm at a place, about six kilometre away from Yingkiong town and the police received information on the following day, the DIG said.

The accused are from Pangkang village.

The DIG said that a search has been launched to nab the two accused and a police team has been sent to Jengging in search of the duo, he said.

Terming the incident as "unfortunate", state Home Minister Kumar Waii has sought the support of one and all to bring the guilty to book.

He also asked minors to avoid going out with strangers to unknown locations and travelling after dark.

"Such incidents are unexpected but could be tackled with coordinated efforts," he said and advocated that the civil society should be vigilant to ensure the security of girls.

Meanwhile, the Arunachal Pradesh State Commission for Women has asked the Upper Siang SP to nab the absconding culprits under the POCSO Act, 2012 and award exemplary punishment to them.

The APSCW also requested the family members of the culprits and society to cooperate with the police to deliver justice to the victim and her family.

This is the second rape incident in the town this year. A six-year-old girl student was allegedly raped by her teacher on February 22 last.

Cases of mob outrage and vigilante justice have surfaced in the state over the past few months prompting the state government to enact a legislation on March 16 which would provide death penalty to those convicted of raping girls below 12 years.

Earlier in March, a man accused of raping a 12-year-old was paraded naked around Daporijo town in Upper Subansiri district before he was handed over to the police.

A mob of around 800 people stormed into the Tezu police station in Lohit district on February 19 last and dragged out a man and his accomplice accused of raping and murder of a five-year-old girl and lynched them in the market area.