The accused, famously known as Jagdamba baba, in name of 'deeksha' would terrify youths, indulge into sexual activities and torture them. 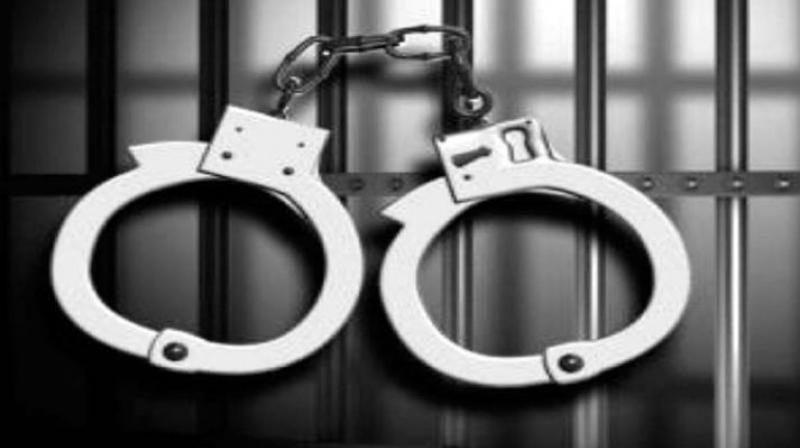 38-year-old Jhala was arrested on Tuesday following an investigation into a case under sections 306 and 354 of the IPC for abetment of suicide lodged against him earlier this month, Jhalawar DSP Chagan Singh said. (Photo: PTI | Representational Image)

Kota (Rajasthan): Kuldeep Singh Jhala, who called himself an incarnation of goddess Shakti and Jagdamba, was arrested on charges of sexual assault of teenage boys and alleged involvement in abetting a 20-year-old youth to commit suicide last month, police said.

According to the police, the accused person, famously known as Jagdamba baba, in the name of 'deeksha' would terrify youths, indulge into sexual activities and later torture them.

38-year-old Jhala was arrested on Tuesday following an investigation into a case under sections 306 and 354 of the IPC for abetment of suicide lodged against him earlier this month, Jhalawar Deputy Superintendent of Police (DSP) Chagan Singh said.

The officer said father of a 20-year-old deceased youth, identified as Yuvraj Singh, who committed suicide on February 19 this year, lodged a case of abetment of suicide against the accused Baba on March 1.

As per the complaint filed by the victim's father, Yuvraj was set to be engaged with a girl from Ujjain, but when the accused Baba got to know about the proposed engagement he threatened him to not get married and started torturing him.

"Depressed and puzzled by the torture and harassment, the youth ended his life on Feb 19 by hanging himself to the ceiling fan at his home," the DSP said.

Police said they have recorded statements of about five to seven youths, who also have confessed of them being subjected to vulgar activities and sexual harassment in the name of deeksha and later engaging them with vulgar mobile chats.

However, any sexual involvement with women has not been traced so far, they said.

The accused, who had over 700 followers, has been involved into hypocrite religious activities at his home, and would once in a year during Navratra dress up as a woman with makeup and lead a grand procession through the city, the DSP said.