The cows are being purchased by Narmada Fertilisers under its corporate social responsibility (CSR) scheme. 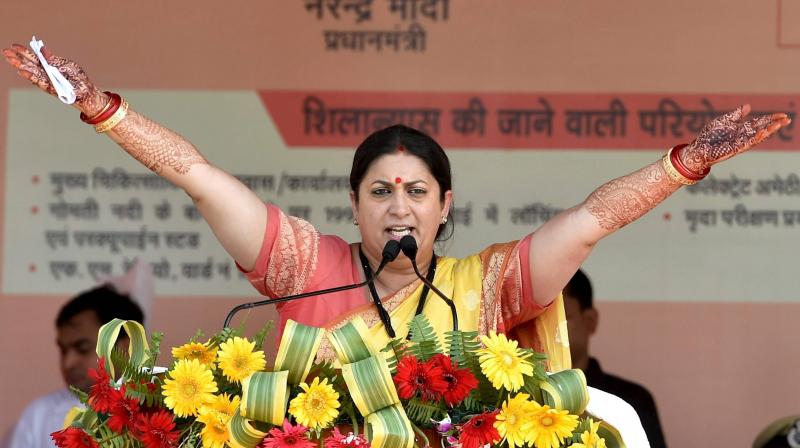 Lucknow: Union minister Smriti Irani will distribute one cow each to over 10,000 families in Amethi next month. The cows are being purchased by Narmada Fertilisers under its corporate social responsibility (CSR) scheme.

Ms Irani, during her visit to Amethi, will gift these cows to 10,000 poor families in the constituency so that they can earn their livelihood.

According to sources, 2,000 cows will be given in each of the five Assembly segments in Amethi. BJP workers, along with representatives of the fertiliser company, are presently identifying and short-listing the beneficiaries.

Ms Smriti Irani, it may be recalled, had distributed saris to women in Amethi during Diwali last year and then sweets on Makar Sankranti.

Ms Irani had unsuccessfully contested the Lok Sabha elections form Amethi in 2014 and ever since, she has been nurturing the constituency. The idea is apparently to make Congress president Rahul Gandhi bite dust in his own bastion.

The minister has already launched several welfare schemes in Amethi and keeps a close watch on developments there.