The 35-year-old journalist was talking on his phone when the truck, used to ferry sand, ran over him. 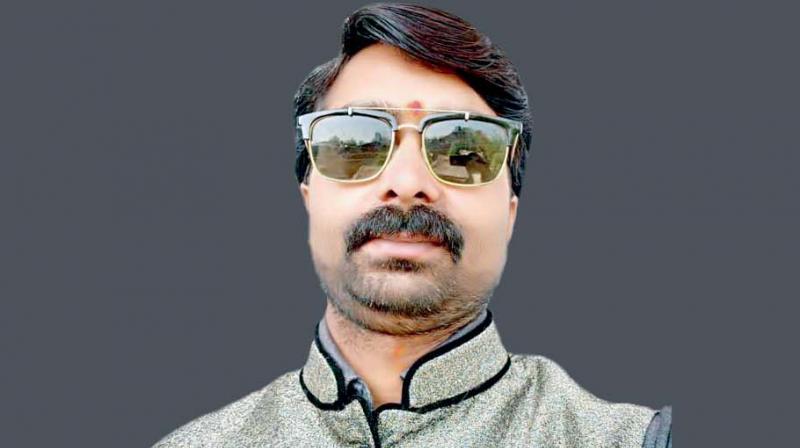 Sharma, who worked for a news channel in Bhind, had complained to the district administration about threats to his life after he carried out a sting operation on the illicit sand mining. (Photo: File)

Bhopal/Bhind: A day after television journalist Sandeep Sharma was mowed down by a truck, the Madhya Pradesh government said it will recommend a CBI probe into his death, an official said.

Sharma, who worked for a news channel in Bhind, had complained to the district administration about threats to his life after he carried out a sting operation on the illicit sand mining.

Meanwhile, the driver of the truck, which ran over the journalist, was arrested on Tuesday late in the night, the police said.

The 35-year-old journalist was talking on his phone when the truck, used to ferry sand, ran over him, the police said.

Chief Minister Shivraj Singh Chouhan directed the relevant officials to recommend a probe by the Central Bureau of Investigation, or CBI into Sharma's death, an official of the state Public Relations Department said.

"The police arrested the truck driver, Ranvir Yadav, who had fled the spot after the accident, and is questioning him," Superintendent of Police, Prashant Khare said adding a case under relevant sections of the Indian Penal Code has been registered against the accused.

Sandeep Sharma's death had triggered a demand from the Congress for a CBI probe into the incident.

Congress chief whip in the Lok Sabha, Jyotiraditya Scindia, tweeted, "This is a very serious matter and the CBI should immediately probe it."

Scindia had also claimed that the mining mafia in the state was getting bolder by the day.

"...the helpless state government is just sitting by closing its eyes," he said in the tweet.

The opposition leader in the state assembly, Ajay Singh, also demanded a CBI probe, stating that the government had not taken any action to provide security to the journalist though he had informed the authorities about the threat to his life.

Sandeep Sharma had also told the district administration that he feared he could be killed by the sand mafia, his nephew said in a complaint to the police.

"Sandeep had also petitioned the Madhya Pradesh director general of police, the inspector general and the district superintendent of police, besides the Human Rights Commission stating that he feared for his life and had demanded security," Vikas Purohit, his colleague, said.

In his report to the top officials, Sharma had said because of the sting operation against the sand mafia and the sub-divisional police officer (SDPO), the officer was transferred, Purohit claimed.

Sandeep Sharma was to have recorded his statement against the SDPO and was being threatened by unidentified people, Purohit added.

Meanwhile, BJP spokesperson Rajnish Agrawal said the police was looking into the incident.

"It is an unfortunate incident and we condole his demise. The police is probing the matter and everything would come out after the investigation," he said.

An NHRC release said that notices had been served to the Madhya Pradesh chief secretary and the Director General of Police.

The commission has observed that the contents of the news report, if true, indicate towards negligence on the part of administration, especially the police authorities, who failed to save a precious human life, it added.

The tragic death of the journalist is indicative of violation of human rights as well as democratic values and also callousness of the state administration for not taking appropriate steps protecting the life and safety of the deceased, when reportedly, he had already complained about the threats to his life, the release added.

The NHRC added that it had received no complaint as mentioned by the news reports.