India   All India  29 Apr 2017  Major fire breaks out at a factory in Ludhiana
India, All India

Major fire breaks out at a factory in Ludhiana

Eight to 10 fire tenders of Ludhiana Municipal Corporation were pressed into service to douse the flames. 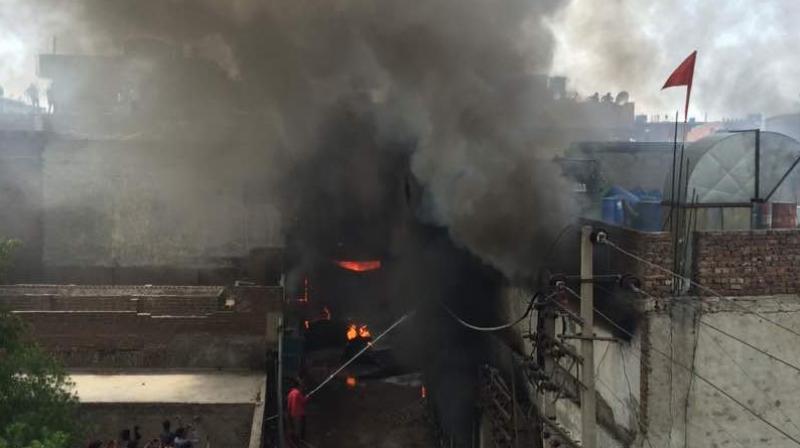 The factory on fire as seen from a distance, in Ludhiana, Punjab. (Photo: Twitter)

Ludhiana: A major fire broke out at a yarn factory in Gopal Nagar locality of Basti Jodhewal in Ludhiana on Saturday, officials said.

Smoke and flames could be seen emanating from the factory from a distance soon after the incident was reported in the afternoon, fire department officials said.

Eight to 10 fire tenders of Ludhiana Municipal Corporation were pressed into service to douse the flames, they said.

No loss of life was reported, said Surjit Singh, a fire department official.

However, the goods and machinery in the factory were badly damaged, he said.

Notably, Saturday's incident comes barely three days since three labourers were burnt alive in a fire that broke out at a cotton spinning mill situated in the Industrial Area in Ludhiana.

Fire incidents have been reported on many occasions in garment factories in Ludhiana.

A year ago, three labourers were charred to death in a fire that broke out in a garment factory on Bajra road.