13 found dead and 5 still missing due to a portion of a bamboo jetty at Telenipara giving way under the impact of high tide on Wednesday. 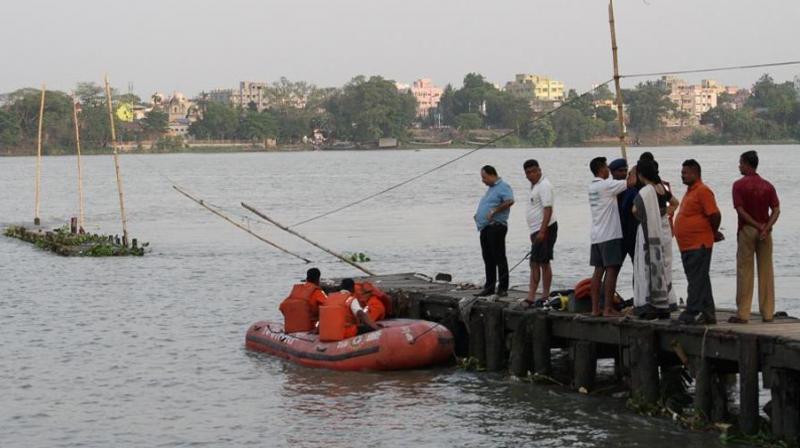 Hooghly/Kolkata: Seven more bodies were fished out from the Hooghly river on Saturday, taking the toll in the jetty collapse in Hooghly district's Bhadreswar to 13, the police said.

The West Bengal government on Saturday also constituted a technical committee to review the security and infrastructure of all jetties in the state.

The NDRF personnel, who have been carrying out searches in 20 speed boats, found the bodies from near Jagaddal, Shyamnagar, Chandan Nagar and Gaurhati ghat along both sides of the river. Of the 13 victims, seven have been identified, Jain said.

Six bodies were recovered till Friday and five persons are still missing. These people had gone missing after a portion of a bamboo jetty at Telenipara gave way under the impact of high tide on Wednesday.

The accident occurred when the passengers were waiting at the jetty for boarding a boat to cross the river and reach Shyamnagar in North 24 Parganas district. Meanwhile, the four arrested lease-holders of Telenipara jetty in Bhadreswar were remanded to seven days' police custody.

The four were booked for culpable homicide not amounting to murder following their arrest on Friday. The state government constituted a technical committee to review the security and infrastructure of all jetties in the state.

Repairs would be carried out on the jetties as per requirement. The decision was taken at a meeting held at the state secretariat, presided over by Chief Secretary Basudeb Banerjee and attended by state Home Secretary Malay Dey and other senior officials, including DMs and SPs from the districts.

Unused jetties will be dismantled and the government will financially assist owners of semi-mechanised boats to turn them to mechanised vessels, state Transport Secretary Alapan Bandyopadhyay said.