The bypoll for this western UP’s parliamentary seat where Jat, Gujjar and Muslim communities are in significant number, is scheduled on May 28. 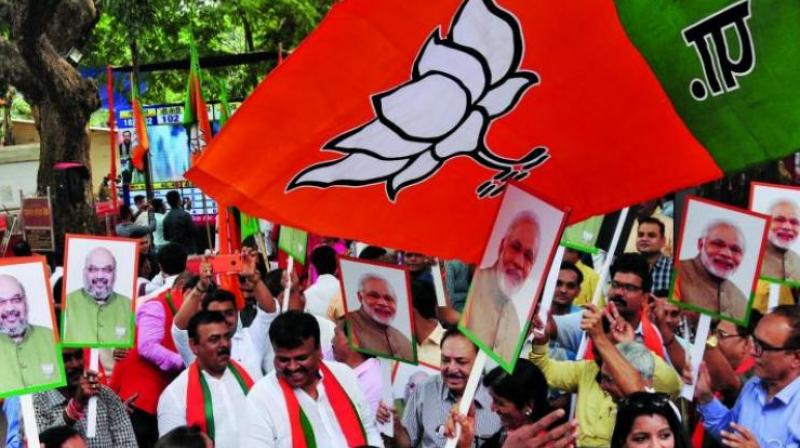 BJP poll managers are keeping a watchful eye on developments and reports emanating from SP-BSP and Congress camps.

Lucknow: For the Uttar Pradesh’s Kairana Lok Sabha bypolls, BJP poll managers are keeping a close watch on developments taking place in the Opposition camp. After losing prestigious seats of Gorakhpur and Phulpur to SP-BSP candidates, the saffron party leadership is in no mood to take any chance this time. The bypoll for this western UP’s parliamentary seat where Jat, Gujjar and Muslim communities are in significant number, is scheduled on May 28.

BJP poll managers are keeping a watchful eye on developments and reports emanating from SP-BSP and Congress camps. A joint candidate could pose a tough challenge to the BJP and force its leadership to restrategise.

If reports of Rashtriya Lok Dal (RLD) leader Jayant Chaudhary being fielded as a joint candidate for this prestigious seat, which was represented by BJP’s stalwart Hukum Singh untill his death earlier this, sources said, the BJP will have to restrategise and even reconsider fielding its late leader’s daughter Mriganka Singh. Though Ms singh’s name is not finalised as yet, she is said to be first choice of the party leadership so far.

Feedback and caste calculations by the saffron poll managers suggest that a joint candidate of the opposition camp, sources said, could dent the BJP’s poll prospects. The BJP poll managers are hoping that by fielding Ms Singh, she could get “sympathy votes.”

But other than the Congress, the RLD leadership has not got a positive response from the SP-BSP.  Speculation is rife that the SP wants to field its own candidate as the BSP do not contest bypolls. In case, the SP field is own candidate, it could help the BJP in the triangular fight. Though name of SP leader Sudhir Panwar is doing the rounds for this seat, speculation is rife that the SP could also consider its Kairana MLA, Nahid Hasan’s mother, Tabassum Begum.

RLD chief Ajit Singh is said to be in touch with the SP and BSP leadership to field his son as the joint candidate of the opposition camp.

Other than the Kairna Lok Sabha bypolls, polling will also take place for Nurpur assembly seat which fell vacant after the death of BJP’s Lokendra Singh. The party is likely to field Singh’s wife Avani.