India   All India  29 Apr 2018  UP CM puts Gorakhnath, others in school textbooks
India, All India

UP CM puts Gorakhnath, others in school textbooks 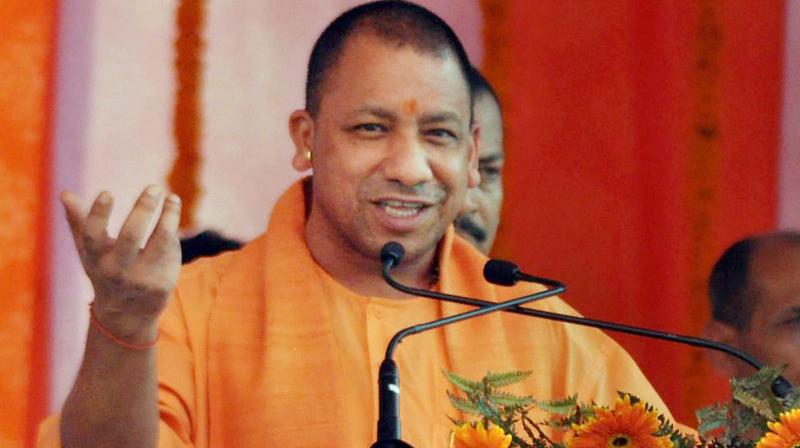 Lucknow: Baba Gorakhnath, the reigning deity of the Goraksh Peeth in Gorakhpur, will now be a part of the syllabus for children studying in government primary schools in classes 6 to 8.

UP chief minister Yogi Adityanath is the head priest of the Goraksh Peeth and it was on his directives that  leaders related to Hindu culture and folklore have been included in the new syllabus. “Children studying in Classes 6 to 8 will be studying the life and times of Baba Gorakhnath, Jan Sangh leaders including Deen Dayal Upadhyaya and Shyama Prasad Mukherjee. Shaheed Babu Bandhu Singh of Gorakhpur will also be included in the syllabus. The idea is to make the young generations aware of the contribution of those who have not bene highlighted in history,” said a senior official of the education department.

The state government has included 16 new chapters related to great men in the books for children in these classes.

Former Prime Minister Lal Bahadur Shastri and Netaji Subhash Chandra Bose will also be included in the new syllabus. The former Prime Minister’s son Sunil Shastri is in the BJP while his grandson Siddhartha Nath Singh is a minister in the Yogi government. Students of Class 7 in government schools will find stories of Guru Tegh Bahadur, Bankim Chandra Chatterjee and Tantya Tope while students in class 8 will study about freedom fighter Chandra Shekhar Azad, Lok Nayak Jai Prakash Narain and Swami Vivekanand.

It may be recalled that soon after assuming office last year, chief minister Yogi Adityanath had said that children would be taught about their own culture and history. He had alleged that the previous regime had deliberately excluded local folklore and tales of great men from the syllabus.

Meanwhile, the Congress and the SP have termed these changes in syllabus as an attempt to saffronise education.

“The Yogi government is deliberately including only those leaders who were ideologically opposed to the Congress. They are openly trying to saffronise education which will ste a dangerous trend,” said UPCC spokesman Dujendra Tripathi.

SP spokesperson Sunil Singh Sajan said that this was only expected of a government that paints everything saffron. “Why have leaders like Dr Ram Manohar Lohia been excluded from the list? This shows that in the name of changing syllabus, the Yogi government is pushing its own party agenda”, he pointed out.