India   All India  29 Apr 2020  Breather for anti-CAA protesters: Recovery notices put on hold due to lockdown
India, All India

Breather for anti-CAA protesters: Recovery notices put on hold due to lockdown 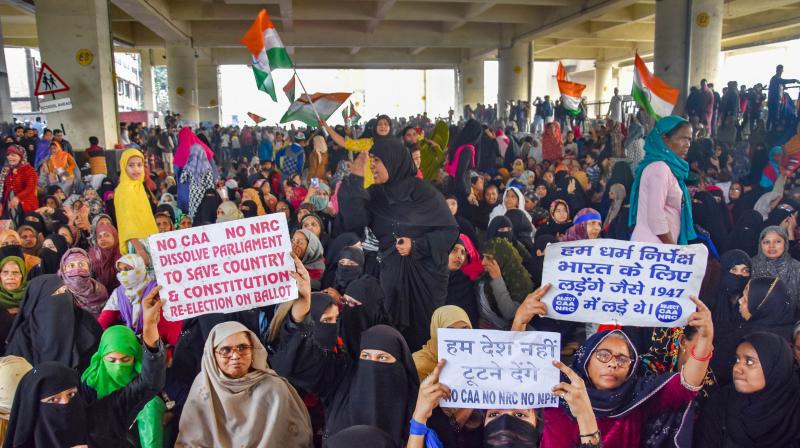 Recovery notices put on hold due to lockdown . (PTI Photo)

Lucknow: Anti-CAA protesters, who were served recovery notices to the tune of over Rs 1.41 crore for allegedly damaging government properties, can breathe easy for a while as the order has been put "on hold" in view of the COVID-19-induced lockdown.

Violent protests against the Citizenship (Amendment) Act (CAA) broke out in the Uttar Pradesh capital on December 19 last year and government properties were damaged in Khadra, Parivartan Chowk, Thakurganj and Kaiserbagh areas. There was brick-batting and several vehicles were also vandalised.

Taking strong note of this, Uttar Pradesh Chief Minister Yogi Adityanath had asked officials to analyse the damages and realise penalty from those involved in the acts.

"The process to recover damages and of attaching properties of those involved in the state capital is on hold as only essential activities are going on. Once, the lockdown is over, action will certainly be taken," Lucknow District Magistrate Abhishek Prakash said.

The administration had served notices to 53 persons on the basis of police reports and the deadline for recovery was first week of April, after which the process of attachment of properties was to start.

However, due to the COVID-19 pandemic, a nationwide lockdown was imposed for 21 days from March 25 to prevent the spread of the disease. It was extended to May 3 by the central government.

All these 53 persons were served recovery notices by the administration and were asked to deposit the amount or face further action.

The administration had put up several hoardings across Lucknow identifying those accused of violence during the protests.

The Allahabad High Court, however,  ordered the removal of posters put up by the Uttar Pradesh government in Lucknow which have information and photographs of alleged 'vandals' and directed the district magistrate and divisional commissioner to get the posters and hoardings removed.

It had observed that putting up the posters was "unwarranted interference in privacy of people".